Taxes are what we pay for civilized society. 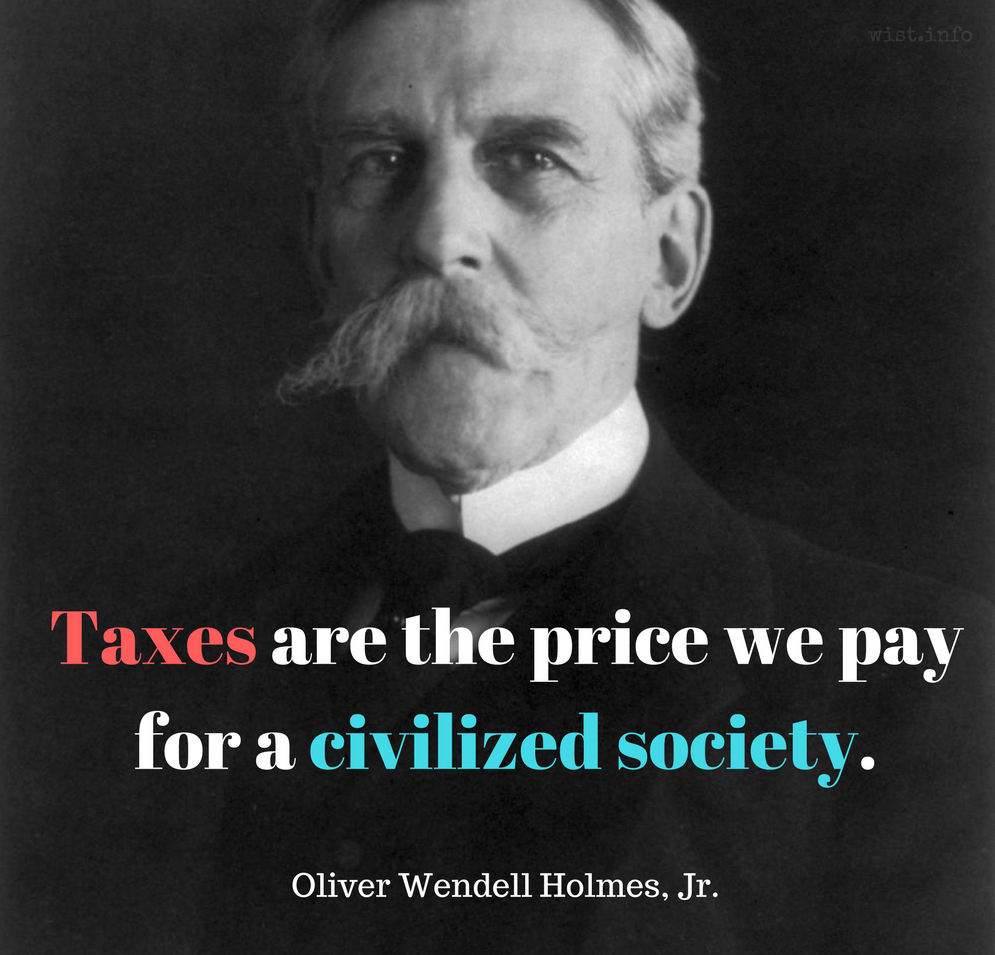 Full text is "Taxes are what we pay for civilized society, including the chance to insure.

References are also found (without citation) to a 1904 speech, "Taxes are the price we pay for a civilized society" (this variation is quoted by the IRS above the entrance of their headquarters).  Bartlett's (1980) cites the above wording, but incorrectly claims it was in 1904.

In Felix Frankfurter, Mr. Justice Holmes and the Supreme Court (1938), Holmes is quoted as rebuking a secretary's query about hating to pay taxes:  "No, young feller. I like to pay taxes. With them I buy civilization."