NARRATOR: No moral. No message. No prophetic tract. Just a simple statement of fact: for civilization to survive, the human race has to remain civilized. Tonight’s very small exercise in logic from the Twilight Zone. 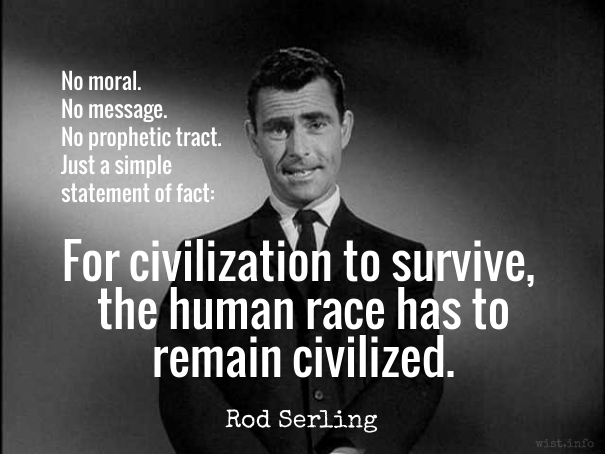