No right is more precious in a free country than that of having a voice in the election of those who make the laws under which, as good citizens, we must live. Other rights, even the most basic, are illusory if the right to vote is undermined. Our Constitution leaves no room for classification of people in a way that unnecessarily abridges this right. 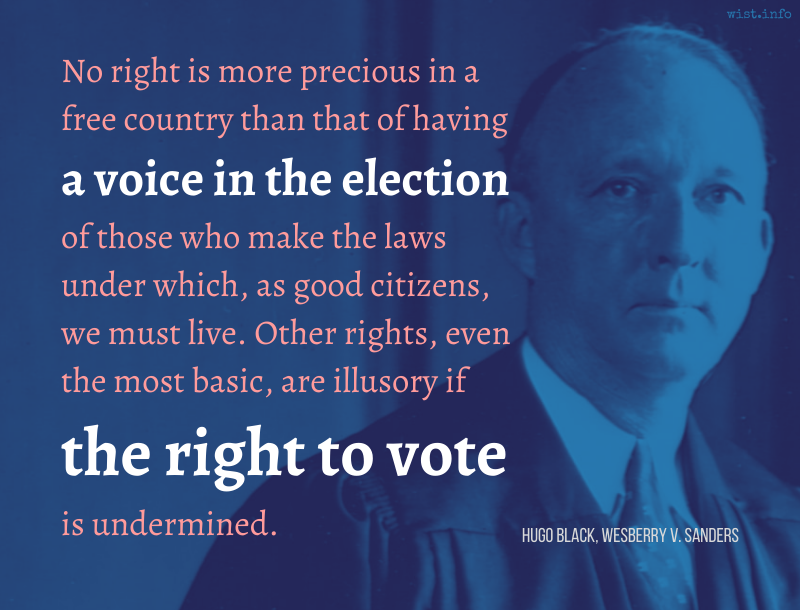 The ruling held that congressional districts must have roughly equal populations if possible, such that "one man's vote in a congressional election is to be worth as much as another's."