The biggest sin is sitting on your ass. 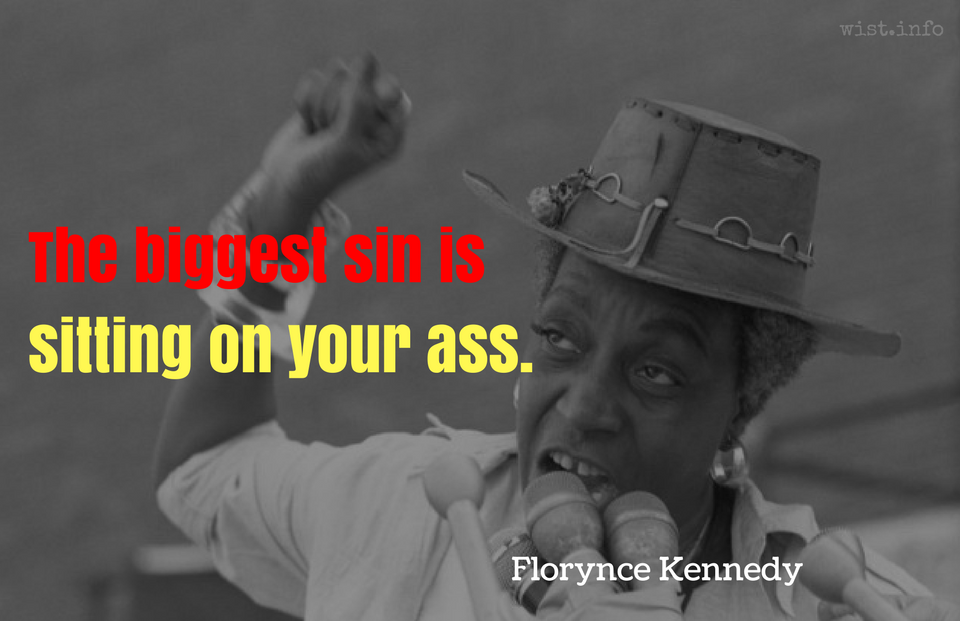 Full quote: "Some people say they won’t work 'inside the system' -- they’re 'waiting for the revolution.' Well, when the ramparts are open, honey, I'll be there. But until then, I'm going to go right on zapping the business and government delinquents, the jockocrats, the fetus fetishists, and all the other niggerizers any way I can. The biggest sin is sitting on your ass."