[Capitalism is] the astonishing belief that the nastiest motives of the nastiest men somehow or other work for the best results in the best of all possible worlds. 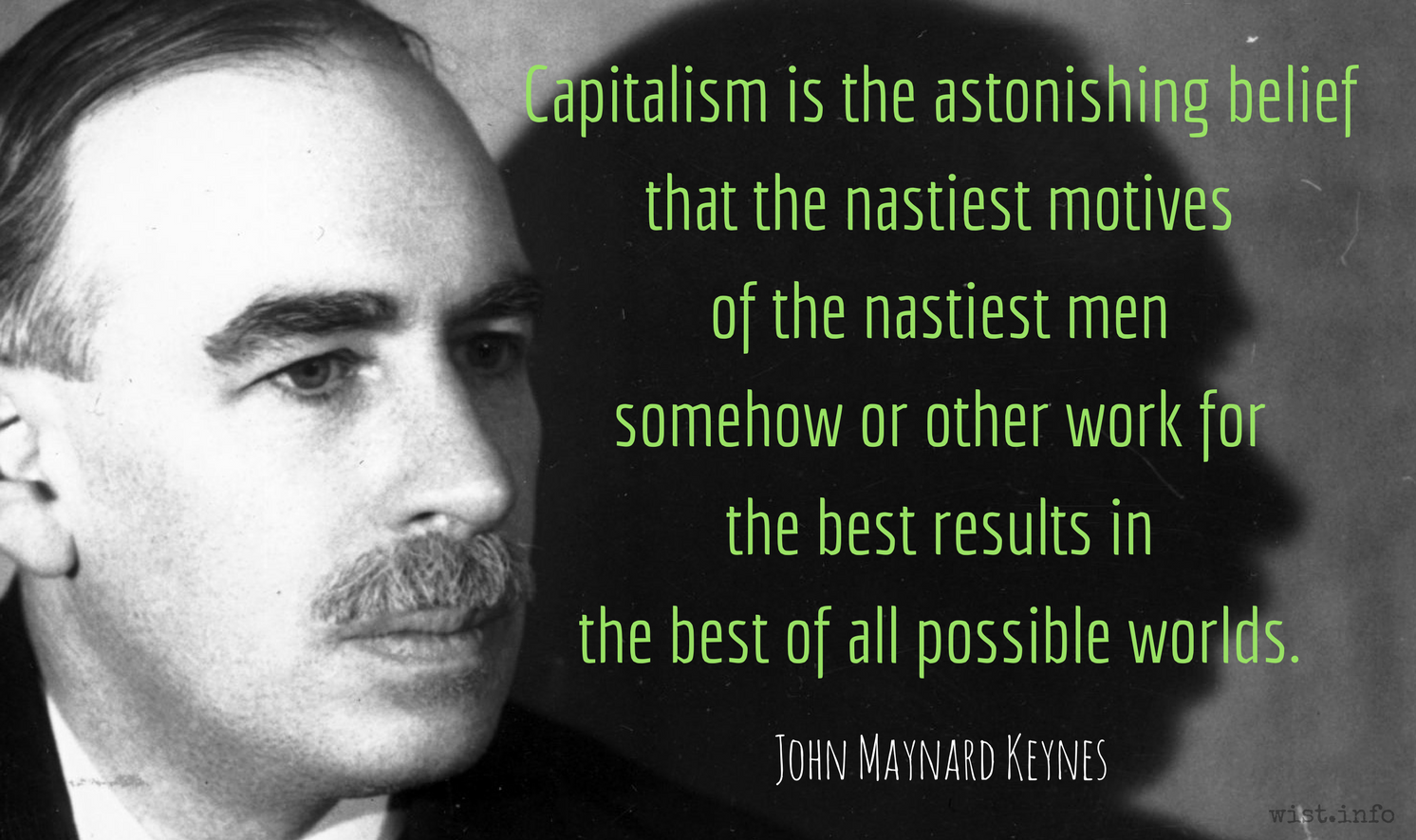