It is just that all worship should be considered as one. We look on the same stars, the sky is common, the same world surrounds us. What difference does it make by what pains each seeks the truth? We cannot attain to so great a secret by one road. 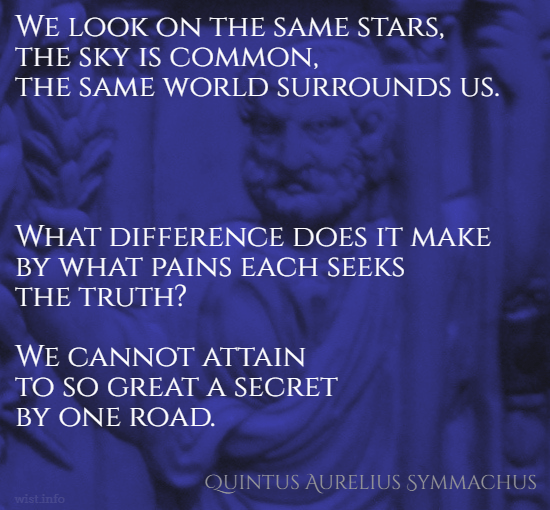 Petition on behalf of non-Christian Senators to Emperor Valentinian to restore the Altar of Victory to the Roman Senate.

Alt. trans.: "We gaze up at the same stars; the sky covers us all; the same universe encompasses us. Does it matter what practical system we adopt in our search for the Truth? The heart of so great a mystery cannot be reached by following one road only."

This site uses Akismet to reduce spam. Learn how your comment data is processed.