One of the greatest advantages of the totalitarian elites of the twenties and thirties was to turn any statement of fact into a question of motive. 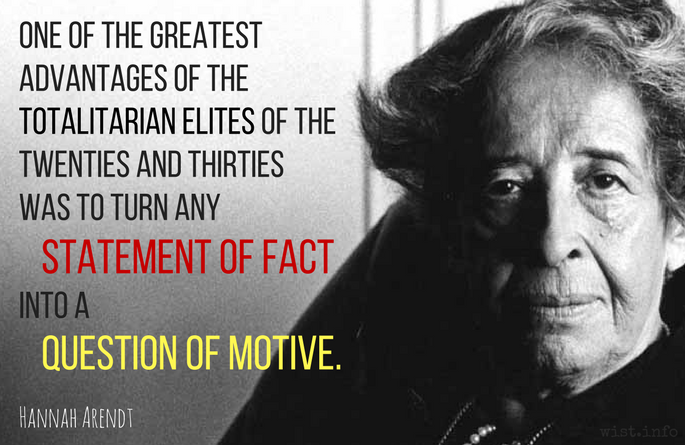 This is frequently cited to Arendt, often to The Origins of Totalitarianism, (1951), but is not found as such in her works. The source appears to be a paraphrase of Arendt in a 1999 New Yorker article.

Stuart Elden suggested the following from The Origins of Totalitarianism, Part 3, ch. 11, might be original quotation the paraphrase was built on, though the overall meaning is different:

The elite is not composed of ideologists; its members’ whole education is aimed at abolishing their capacity for distinguishing between truth and falsehood, between reality and fiction. Their superiority consists in their ability immediately to dissolve every statement of fact into a declaration of purpose.