We make ourselves miserable by first closing ourselves off from reality and then collecting this and that in an attempt to make ourselves happy by possessing happiness. But happiness is not something I have, it is something I myself want to be. Trying to be happy by accumulating possessions is like trying to satisfy hunger by taping sandwiches all over my body. 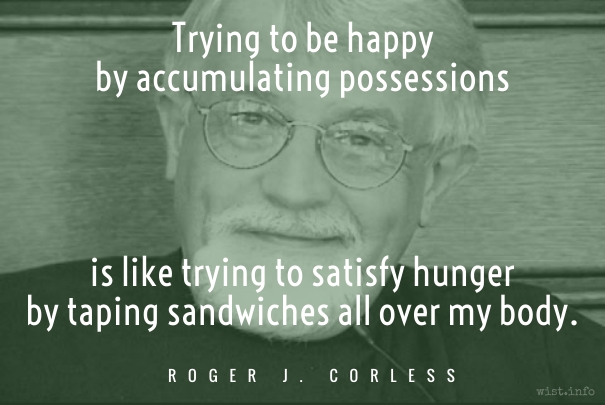 The last sentence is frequently misattributed to George Carlin (with "your body").