I asked a man in prison once how he happened to be there and he said he had stolen a pair of shoes. I told him if he had stolen a railroad he would be a United States Senator. 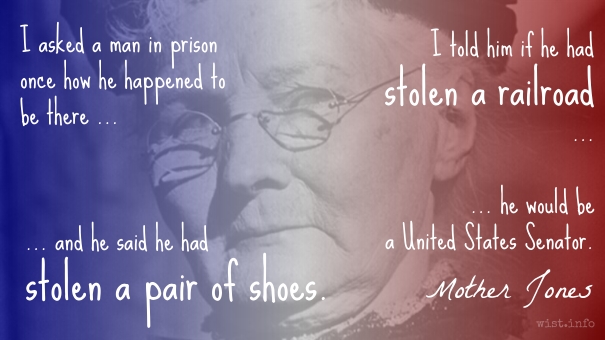