The very poor can always be depended upon. They never turn away the hungry. Time and again, all over the United States, have I been refused food at the big house on the hill; and always have I received food from the little shack down by the creek or marsh, with its broken windows stuffed with rags and its tired-faced mother broken with labor. Oh! you charity-mongers, go to the poor and learn, for the poor alone are the charitable. They neither give nor withhold from the excess. They have no excess. They give, and they withhold never, from what they need for themselves. A bone to the dog is not charity. Charity is the bone shared with the dog when you are just as hungry as the dog. 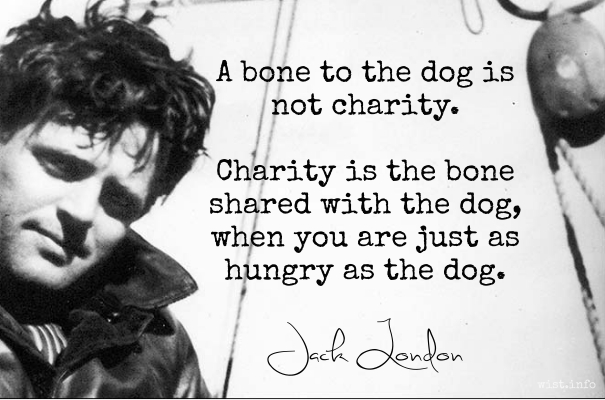