But freedom isn’t free. It shouldn’t be a bragging point that, “Oh, I don’t get involved in politics,” as if that makes someone cleaner. No, that makes you derelict of duty in a republic. Liars and panderers in government would have a much harder time of it if so many people didn’t insist on their right to remain ignorant and blindly agreeable. 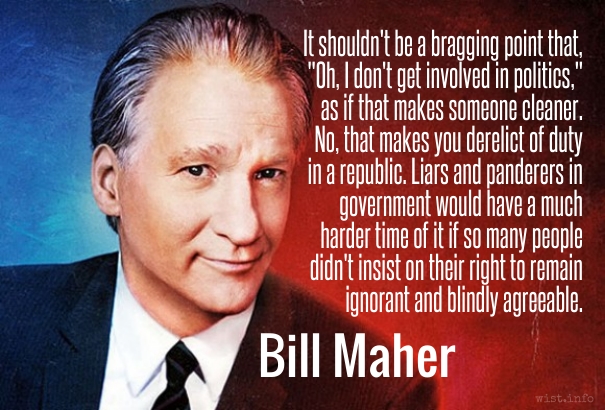