The soul that has no fixed goal loses itself; for as they say, to be everywhere is to be nowhere. 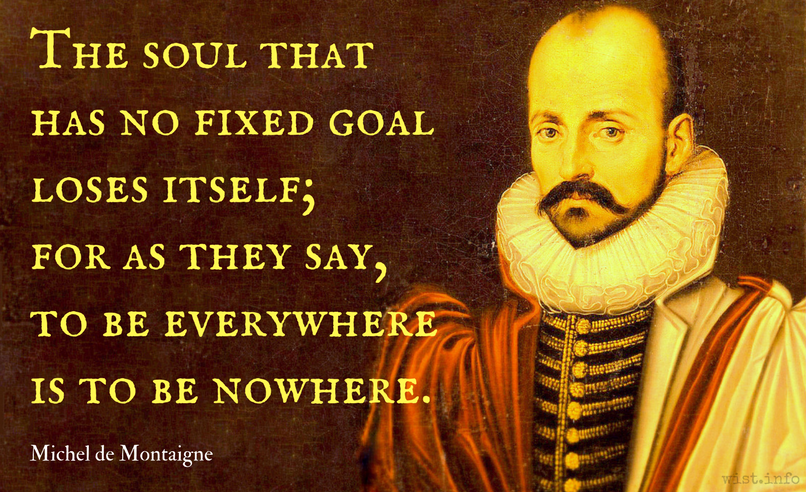 The proverb referenced is Martial.