Some folk have been clearly rid of such pestilent fancies with very full contempt of them, making a cross upon their hearts and bidding the devil avaunt. And sometimes they laugh him to scorn, too, and then turn their mind unto some other matter. And when the devil hath seen that they have set so little by him, after certain essays, made in such times as he thought most fitting, he hath given that temptation quite over. And this he doth not only because the proud spirit cannot endure to be mocked, but also lest, with much tempting the man to the sin to which he could not in conclusion bring him, he should much increase his merit. 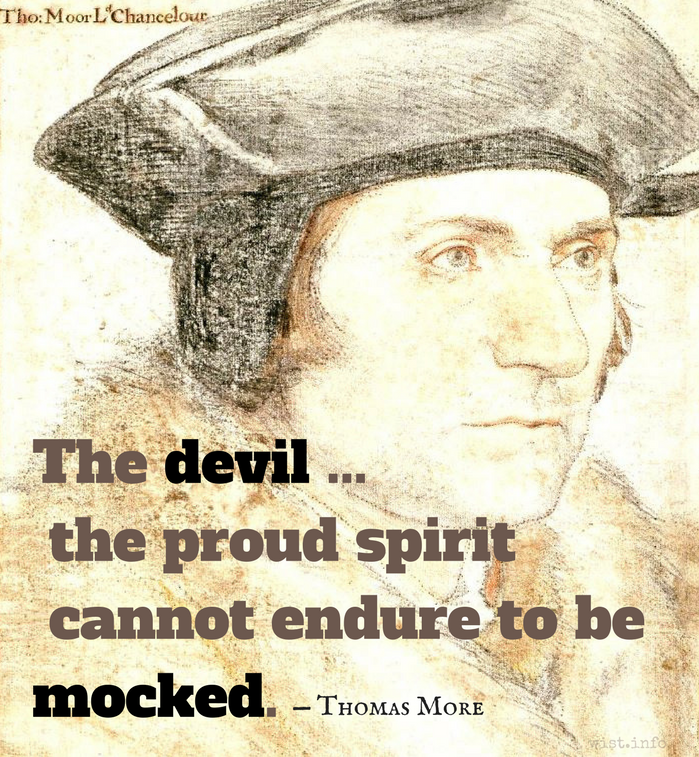 C. S. Lewis used a mis-elided version as an epigraph to The Screwtape Letters (1942): "The devil ... the prowde spirit ... cannot endure to be mocked."

Sometimes given in the original (?) spellings: "The deuill ... the prowde spirit, cannot endure to be mock'd."