I have always been fond of the West African proverb “Speak softly and carry a big stick; you will go far.” 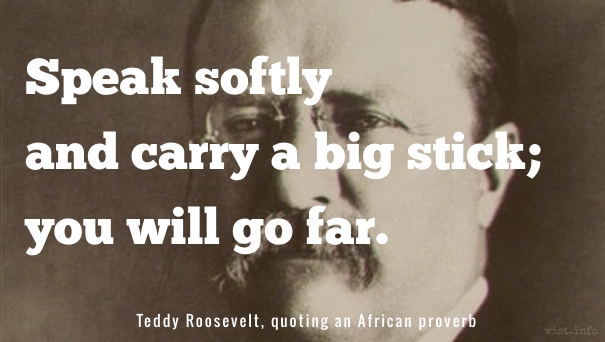 Full text. This is the first known use by Roosevelt of his future catch phrase.  It attained more fame when he used it in a speech at the Minnesota State Fair (2 Sep 1901) (there are transcript variants):