“Why do men feel threatened by women?” I asked a male friend of mine. (I love that wonderful rhetorical device, “a male friend of mine.” It’s often used by female journalists when they want to say something particularly bitchy but don’t want to be held responsible for it themselves. It also lets people know that you do have male friends, that you aren’t one of those fire-breathing mythical monsters, The Radical Feminists, who walk around with little pairs of scissors and kick men in the shins if they open doors for you. “A male friend of mine” also gives — let us admit it — a certain weight to the opinions expressed.) So this male friend of mine, who does by the way exist, conveniently entered into the following dialogue. “I mean,” I said, “men are bigger, most of the time, they can run faster, strangle better, and they have on the average a lot more money and power.” “They’re afraid women will laugh at them,” he said. “Undercut their world view.” Then I asked some women students in a quickie poetry seminar I was giving, “Why do women feel threatened by men?” “They’re afraid of being killed,” they said. 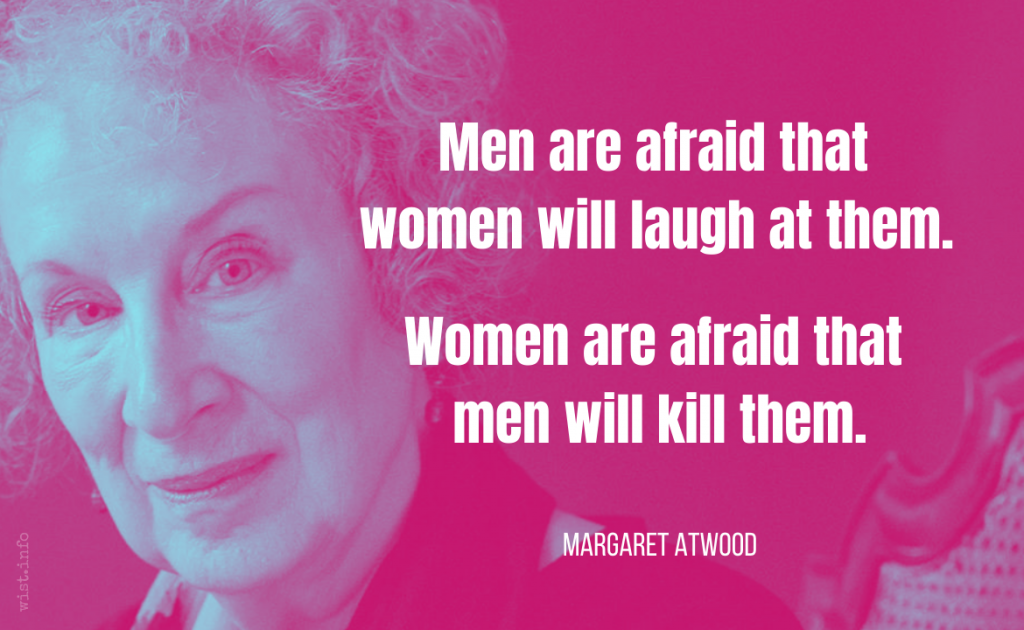