If the main pillar of the system is living a lie, then it is not surprising that the fundamental threat to it is living in truth. This is why it must be suppressed more severely than anything else. 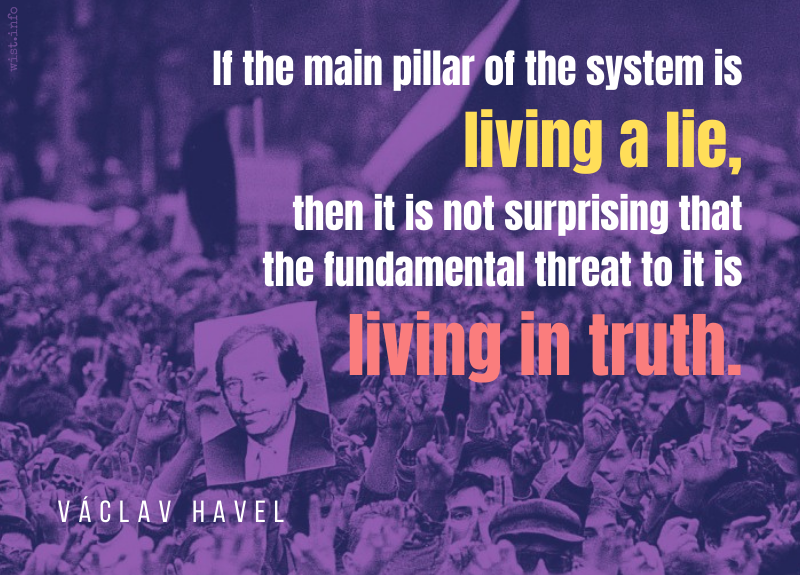