The world either breaks or hardens the heart. 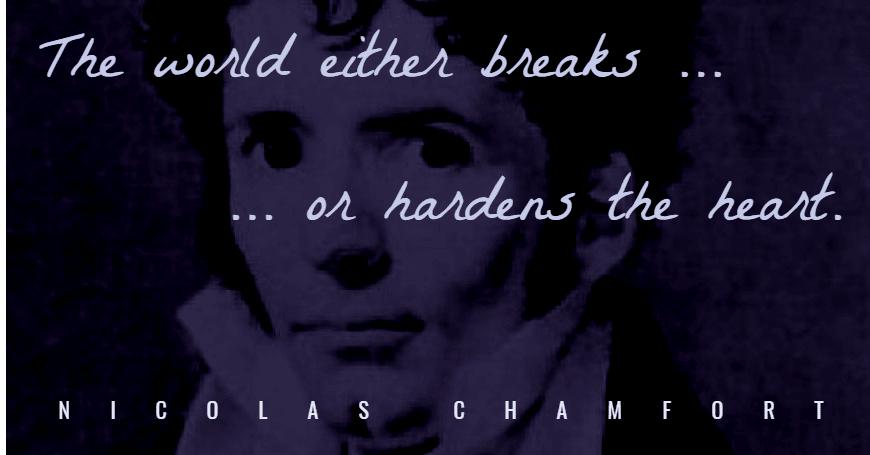 One can be certain that every generally held idea, every received notion, will be an idiocy, because it has been able to appeal to a majority.

Calumny is like a wasp which harasses you. Raise no hand against it unless you’re sure of killing it, for otherwise it will return to the charge more furious than ever.

Alt. trans.: "Calumny is like the wasp which worries you, which it were best not to try to get rid of unless you are sure of slaying it; for otherwise it will return to the charge more furious than ever."

Enjoy and give pleasure, without doing harm to yourself or to anyone else — that, I think, is the whole of morality.

Nature intended illusions for the wise as well as for fools, let the former should be rendered too miserable by their wisdom.

That of all days is the most completely wasted in which one did not once laugh.

More history of the quotation here.

Most collectors of verses and sayings proceed as though they were eating cherries and oysters, choosing the best first, and ending by eating them all.

The most absurd customs and the most ridiculous ceremonies are everywhere excused by an appeal to the phrase, but that’s the tradition. This is exactly what the Hottentots say when Europeans ask them why they eat grasshoppers and devour their body lice. That’s the tradition, they explain.

Education should be constructed on two bases: morality and prudence. Morality, in order to assist virtue, and prudence in order to defend you against the vices of others. In tipping the scales toward morality, you merely produce dupes and martyrs. In tipping it the other way, you produce egotistical schemers.