Whether the particular revelation which you suppose to have been made to yourself were real or imaginary, your reason alone is the competent judge. For, dispute as long as we will on religious tenets, our reason at last must ultimately decide, as it is the only oracle which God has given us to determine between what really comes from him, & the phantasms of a disordered or deluded imagination.

If the mind is to emerge unscathed from this relentless struggle with the unforeseen, two qualities are indispensable: first, an intellect that, even in the darkest hour, retains some glimmerings of the inner light which leads to truth; and second, the courage to follow this faint light wherever it may lead.

We cannot judge either of the feelings or of the character of men with perfect accuracy, from their actions or their appearances in public; it is from their careless conversation, their half-finished sentences that we may hope with the greatest probability of success to discover their real character.

To me, at least, the greatest blasphemy in the world is not the denial of God’s existence, but the claim that we have a pipeline to Him, and that all other claimants are wrong. This assertion is what plunged the world into the bloodiest of wars in the past, and might well do so again if the zealots had their way.


Reprinted in Clearing the Ground (1986)

The highest exercise of imagination is not to devise what has no existence, but rather to perceive what really exists, though unseen by the outward eye, — not creation, but insight.

Added on 28-May-21 | Last updated 28-May-21
Link to this post | No comments
Topics: creativity, imagination, insight, perception
More quotes by Longfellow, Henry Wadsworth

We pick our friends not only because they are kind and enjoyable company, but also, perhaps more importantly, because they understand us for who we think we are.

“I truly don’t know her issues,” Weiss said. “But I’ve been in this line of work for a number of years, and my guesses are at least informed by experience.”

“Experience can inform,” he said. “It can also distort.”

“Sure,” I said. “But inexperience is rarely useful.”

Observe a man’s actions; scrutinize his motives; take note of the things that give him pleasure. How, then, can he hide from you what he really is? 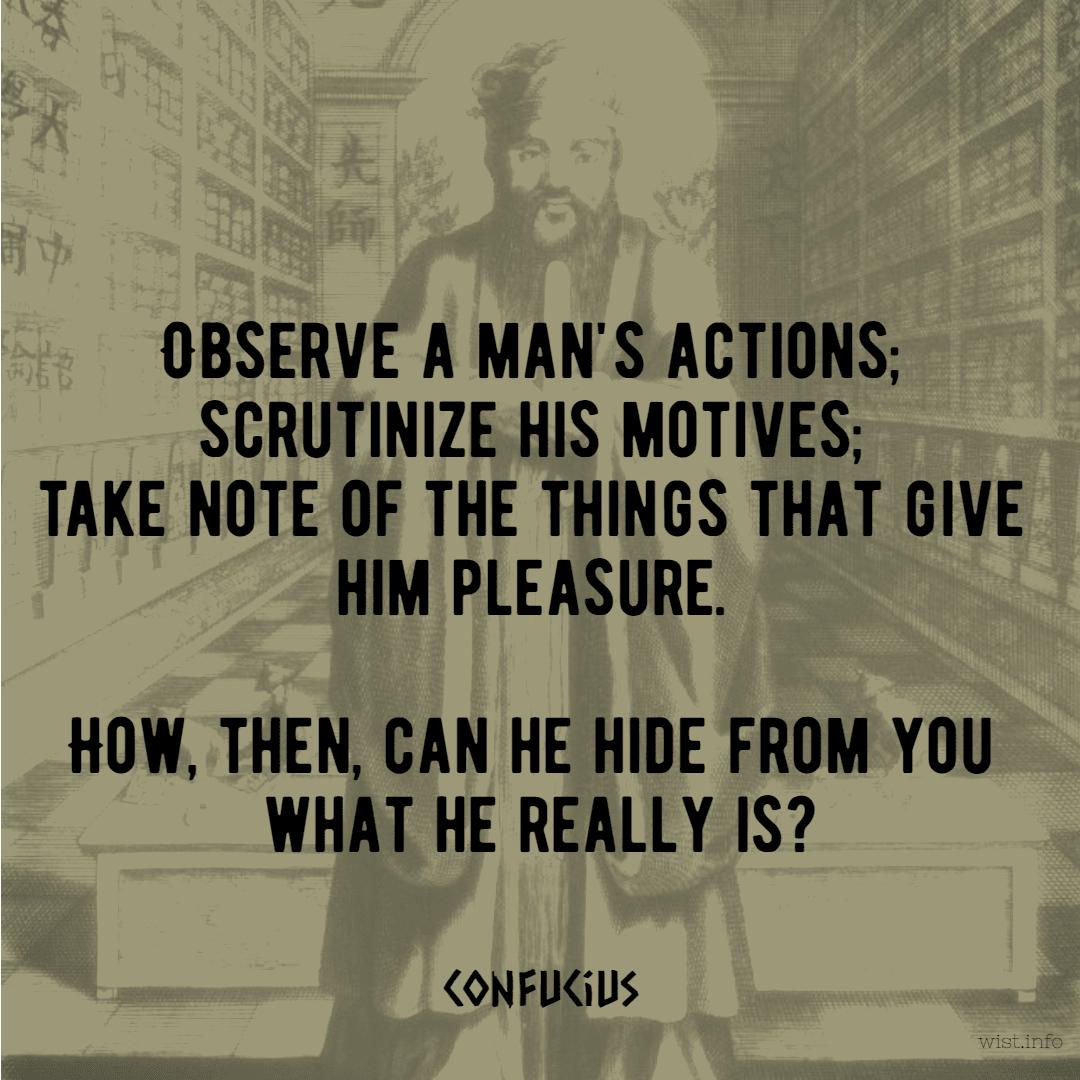 You must look into people as well as at them.

One sure window into a person’s soul is his reading list. 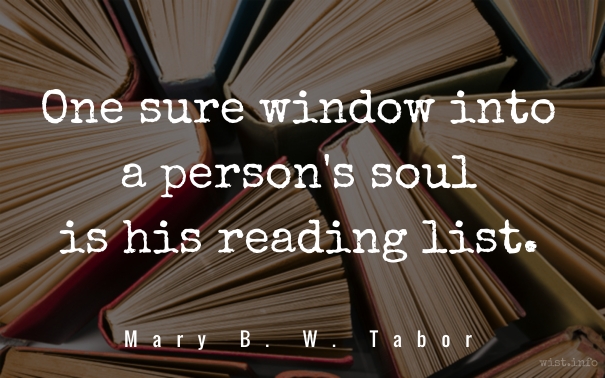 Another discovery which came out of my investigation was the fact that when a man gives his order to produce a definite result and stands by that order it seems to have the effect of giving him what might be termed a second sight which enables him to see right through ordinary problems. What this power is I cannot say; all I know is that it exists and it becomes available only when a man is in that state of mind in which he knows exactly what he wants and is fully determined not to quit until he finds it.

When we are convinced of some great truths, and feel our convictions keenly, we must not fear to express it, although others have said it before us. Every thought is new when an author expresses it in a manner peculiar to himself.

This hitteth the naile on the hed.

The folly of mistaking a paradox for a discovery, a metaphor for a proof, a torrent of verbiage for a spring of capital truths, and oneself for an oracle, is inborn in us.

We too often forget that not only is there “a soul of goodness in things evil,” but very generally also, a soul of truth in things erroneous.

If we could read the secret history of our enemies, we should find in each man’s life sorrow and suffering enough to disarm all hostility.


More discussion of this quotation here: If We Could Read the Secret History of Our Enemies, We Should Find in Each Man’s Life Sorrow and Suffering Enough To Disarm All Hostility – Quote Investigator.


Alt. trans.: "The maxims of men reveal their hearts."

They whose knowledge comes by birth are of all men the first (in understanding); they to whom it comes by study are next; men of poor intellectual capacity, who yet study, may be added as a yet inferior class; and lowest of all are they who are poor in intellect and never learn.
[tr. Jennings (1895)]

Those who have innate wisdom take the biggest rank. Those who acquire it by study rank next. Those who learn despite natural limitations come next. But those who are of limited ability and yet will not learn, -- these form the lowest class of men.
[tr. Soothill (1910)]

Those who know instinctively (as at birth) are the highest; those who study and find out, come next; those who are hampered and study come next. Those who are boxed in and do not study constitute the lowest people.
[tr. Pound (1933)]

Knowledge (zhi 知) acquired through a natural propensity for it is its highest level; knowledge acquired through study is the next highest; something learned in response to difficulties encountered is again the next highest. But those among the common people who do not learn even when vexed with difficulties -- they are at the bottom of the heap.
[tr. Ames/Rosemont (1998)]

This appears to be the source of the following aphorism frequently attributed to Confucius, and recorded in James Wood, ed., Dictionary of Quotations (1893):

By three methods we may learn wisdom: First, by reflection, which is noblest; Second, by imitation, which is easiest; and third by experience, which is the bitterest.

For more discussion of that Wood "translation":