Belligerence is the hallmark of insecurity — the secure nation does not need threat to maintain its position. 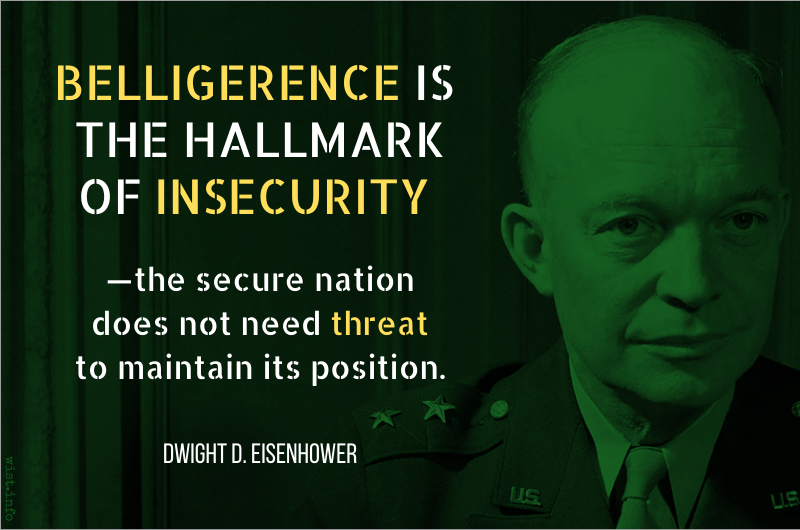 The first part of the above was a common phrase of Eisenhower's.