Monarchy is like a sleek craft, it sails along well until some bumbling captain runs it into the rocks. Democracy, on the other hand, is like a raft. It never goes down but, dammit, your feet are always wet. 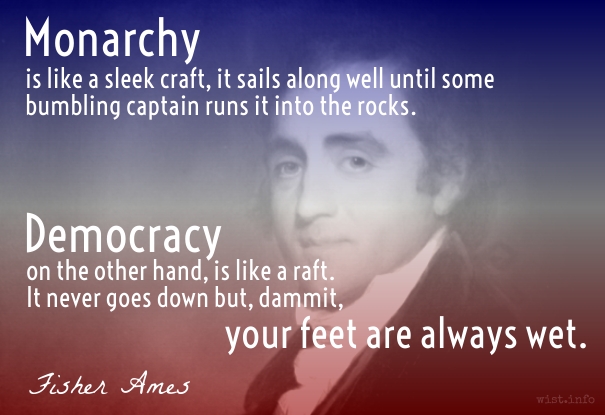 This is the earliest reference I can find to this metaphor. Variants: