Markets can remain irrational a lot longer than you and I can remain solvent. 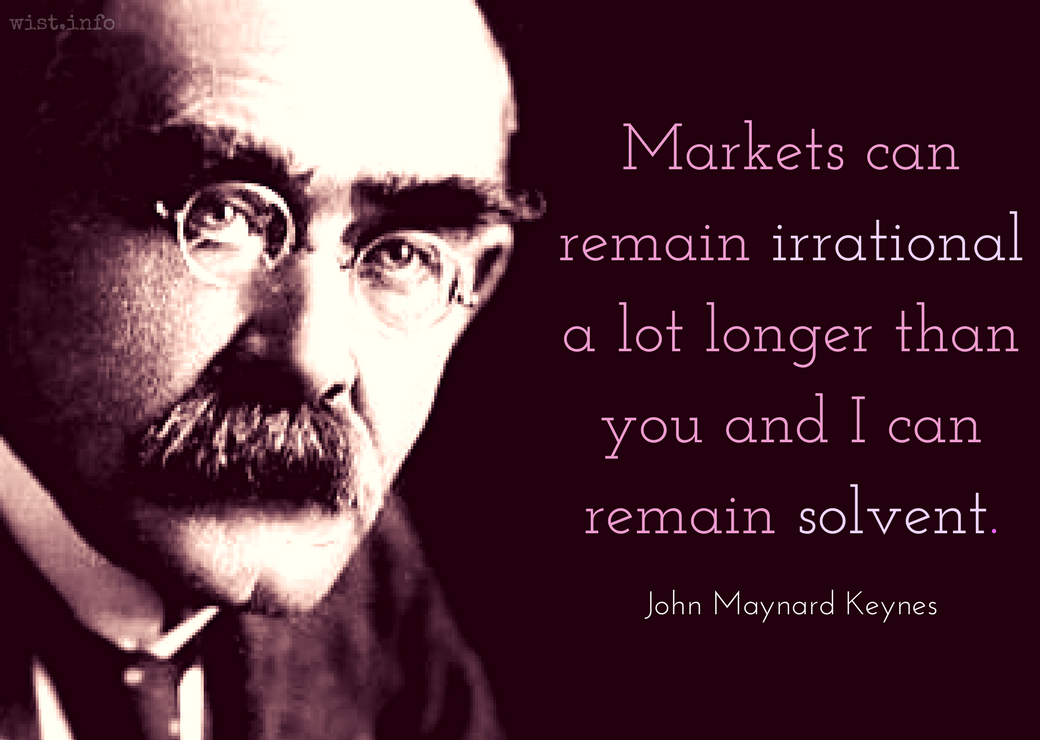 Most of the other shops were in fact impossible to identify. When a shop appeared to sell a mixture of ghetto blasters, socks, soap and chickens, it didn’t seem unreasonable to go in and ask if they’d got any paper or toothpaste stuck away in one of their shelves as well, but they looked at me as if I was completely mad. Couldn’t I see that this was a ghetto blaster, socks, soap and chicken shop?

The thirst for power and possessions knows no limits. In this system, which tends to devour everything which stands in the way of increased profits, whatever is fragile, like the environment, is defenseless before the interests of a deified market, which become the only rule.

Behind this attitude lurks a rejection of ethics and a rejection of God. Ethics has come to be viewed with a certain scornful derision. It is seen as counterproductive, too human, because it makes money and power relative. It is felt to be a threat, since it condemns the manipulation and debasement of the person. In effect, ethics leads to a God who calls for a committed response which is outside the categories of the marketplace. When these latter are absolutized, God can only be seen as uncontrollable, unmanageable, even dangerous, since he calls human beings to their full realization and to freedom from all forms of enslavement. Ethics — a non-ideological ethics — would make it possible to bring about balance and a more humane social order. With this in mind, I encourage financial experts and political leaders to ponder the words of one of the sages of antiquity: “Not to share one’s wealth with the poor is to steal from them and to take away their livelihood. It is not our own goods which we hold, but theirs.”

October: This is one of the peculiarly dangerous months to speculate in stocks. The others are: July, January, September, April, November, May, March, June, December, August, and February.

Everything is worth what its purchaser will pay for it.