No pain, no palm;
No thorns, no throne;
No gall, no glory;
No cross, no crown.

There is something nearer to us than Scriptures, to wit, the Word in the heart from which all Scriptures come.

Governments, like clocks, go from the motion men give them, and as governments are made and moved by men, so by them they are ruined too. Wherefore governments rather depend upon men, than men upon governments. Let men be good, and the government cannot be bad; if it be ill, they will cure it. But if men be bad, let the government be never so good, they will endeavour to warp and spoil it to their turn. 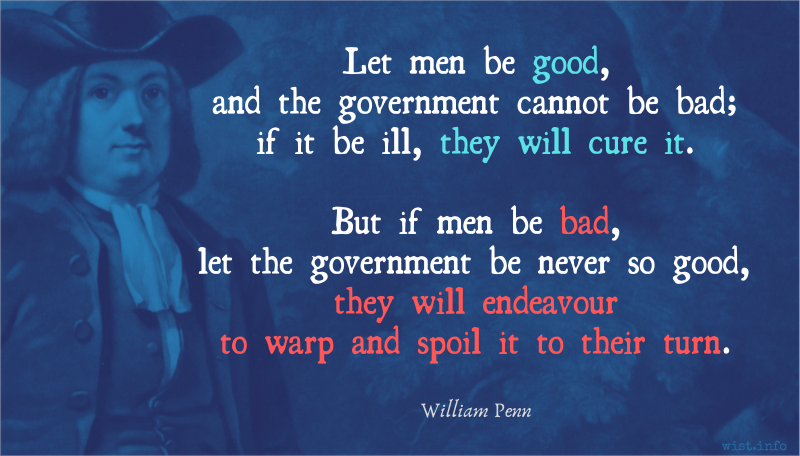 If thou thinkest twice before thou speakest once, thou wilt speak twice the better for it.

A good End cannot sanctifie evil Means; nor must we ever do Evil, that Good may come of it. Some Folks think they may Scold, Rail, Hate, Rob and Kill too; so it be but for God’s sake. But nothing in us unlike him, can please him.

Truth often suffers more by the heat of its defenders, than from the arguments of its opposers.

‘Tis quite another Thing to be stiff than steady in an Opinion.

The Jealous are Troublesome to others, but a Torment to themselves.

The tallest Trees are most in the Power of the Winds, and Ambitious Men of the Blasts of Fortune.

True religion does not draw men out of the world but enables them to live better in it and excites their endeavors to mend it.

They have a Right to censure that have a Heart to help: The rest is Cruelty, not Justice.

Neither urge another to that thou wouldst be unwilling to do thyself, nor do thyself what looks to thee unseemly and intemperate in another.

Fear and Gain are great Perverters of Mankind, and where either prevails the Judgment is violated.

Believe nothing against another but upon good Authority: Nor report what may hurt another, unless it be a greater hurt to others to conceal it. 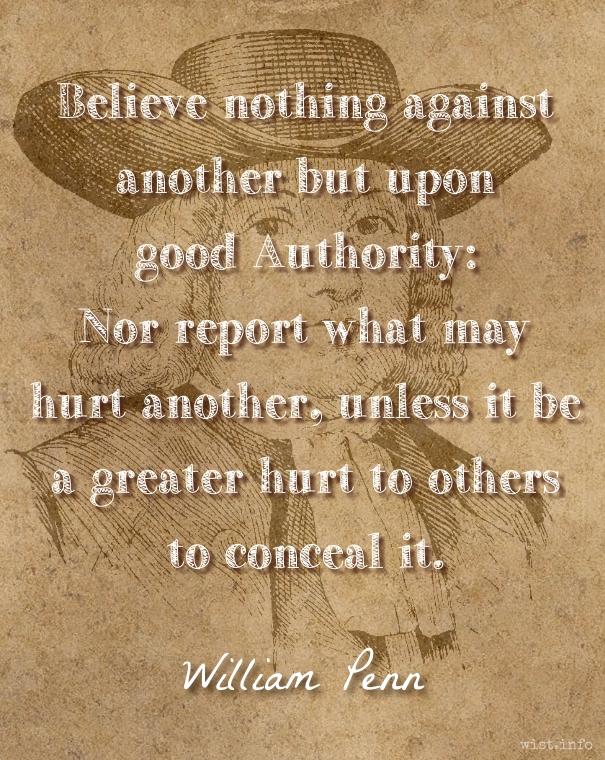 If we would amend the world, we should mend Ourselves and teach our Children to be not what we are but what they should be.

‘Tis no Sin to be tempted, but to be overcome.

Speak properly, and in as few words as you can, but always plainly; for the End of Speech is not Ostentation, but to be understood.