It is not the least of a martyr’s scourges to be canonized by the persons who burned him.

The principle is surely not new in the world: everyone ought to know by this time that a mountebank, thinking only of tomorrow’s cakes, is far safer with power in his hands than a prophet and martyr, his eyes fixed frantically upon the rewards beyond the grave. 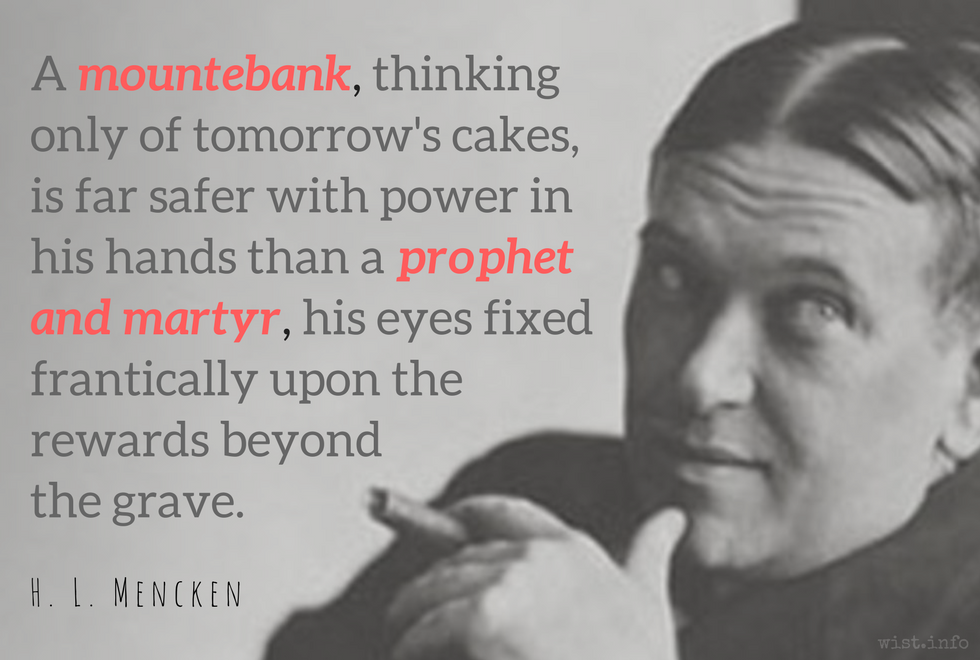 Added on 2-May-16 | Last updated 2-May-16
Link to this post | No comments
Topics: facade, martyr, pitiable, pretence, unhappiness
More quotes by Roux, Joseph 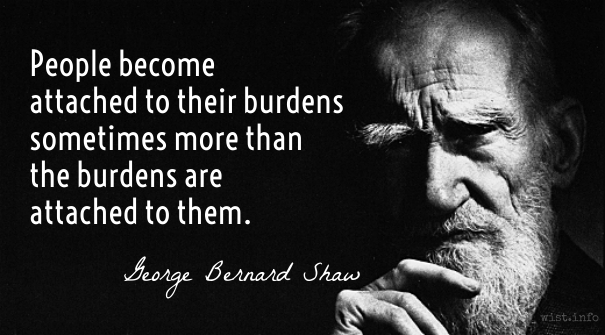 Value yourself according to the burdens you carry, and you will find everything a burden. 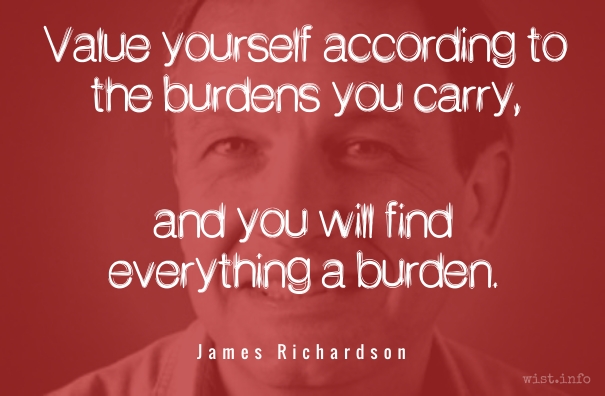 No sacrifice is worth the name unless it is a joy. Sacrifice and a long face go ill together.

Oh, if there is a man out of hell that suffers more than I do, I pity him.


In Emmanuel Hertz, ed., Lincoln Talks: A Biography in Anecdote, "Father Abraham" (1939); a remark following the Army of the Potomac's defeat at Fredericksburg.

Men of Athens, I honor and love you; but I shall obey God rather than you, and while I have life and strength I shall never cease from the practice and teaching of philosophy, exhorting anyone whom I meet and saying to him after my manner: You, my friend — a citizen of the great and mighty and wise city of Athens — are you not ashamed of heaping up the greatest amount of money and honor and reputation, and caring so little about wisdom and truth and the greatest improvements of the soul, which you never regard or heed at all?

Rebels and dissidents challenge the complacent belief in a just world, and, as the theory would predict, they are usually denigrated for their efforts. While they are alive, they may be called “cantankerous,” “crazy,” “hysterical,” “uppity,” or “duped.” Dead, some of them become saints and heroes, the sterling characters of history. It’s a matter of proportion. One angry rebel is crazy, three is a conspiracy, fifty is a movement.

During the lifetime of great revolutionaries, the oppressing classes constantly hounded them, received their theories with the most savage malice, the most furious hatred and the most unscrupulous campaigns of lies and slander. After their death, attempts are made to convert them into harmless icons, to canonize them, … and to hallow their names to a certain extent for the “consolation” of the oppressed classes and with the object of duping the latter, while at the same time robbing the revolutionary theory of its substance, blunting its revolutionary edge and vulgarizing it.

Nations, like individuals, wish to enjoy a fair reputation. It is therefore desireable for us that the slanders on our country, disseminated by hired or prejudiced travellers, should be corrected. But politics, like religion, hold up the torches of martyrdom to the reformers of error.