CHARLIE ANDERSON: I wanna say somethin’. I’ve known since the train that we weren’t liable to find him. It was just a hair of a chance that we got Sam back. I knew that. Maybe I knew even before we left home, but somehow I just had to try! And if we don’t try, we don’t do. And if we don’t do, why are we here on this earth?

A champion is someone who gets up when he can’t.

I love my rejection slips. They show me I try. 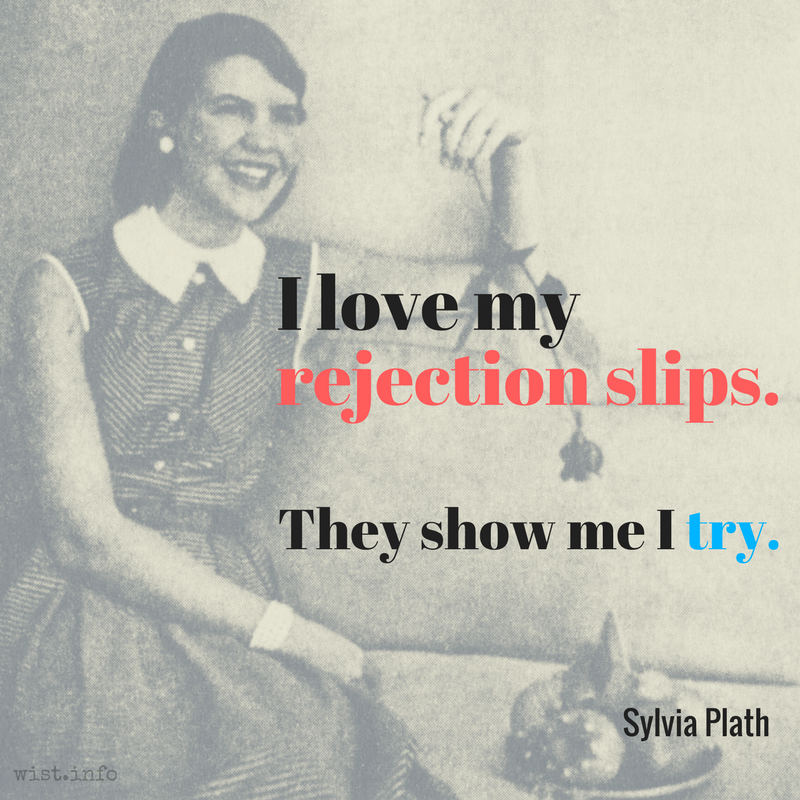 Better hazard once than be always in fear. 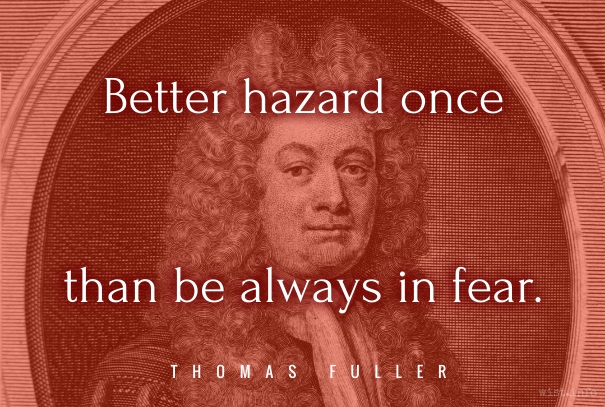 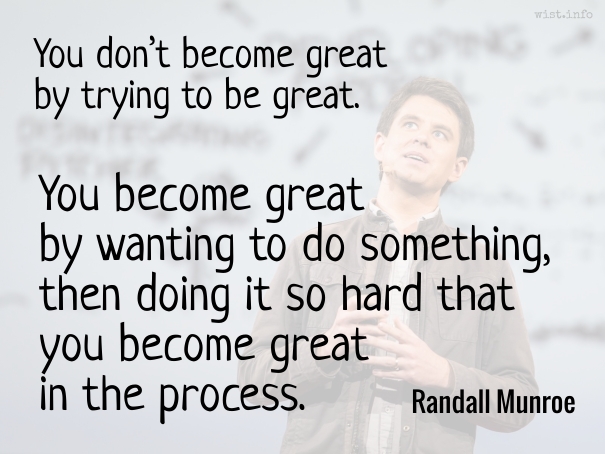 The only time you don’t want to fail is the last time you try a thing.

This was a favorite phrase of Kettering's, and many versions exist or are attributed.

Let us think the unthinkable, let us do the undoable, let us prepare to grapple with the ineffable itself, and see if we may not eff it after all.

Added on 18-May-15 | Last updated 18-May-15
Link to this post | No comments
Topics: ambition, attempt, endeavor, goal, try
More quotes by Adams, Douglas

Surely, in the light of history, it is more intelligent to hope rather than to fear, to try rather than not to try. For one thing we know beyond all doubt: Nothing has ever been achieved by the person who says, “It can’t be done.”

You have deeply ventured;
But all must do so who would greatly win.

I had applied for the nuclear submarine program, and Admiral Rickover was interviewing me for the job. It was the first time I met Admiral Rickover, and we sat in a large room by ourselves for more than two hours, and he let me choose any subjects I wished to discuss. Very carefully, I chose those about which I knew most at the time, current events, seamanship, music, literature, naval tactics, electronics, gunnery and he began to ask me a series of questions of increasing difficulty. In each instance, he soon proved that I knew relatively little about the subject I had chosen.

He always looked right into my eyes, and he never smiled. I was saturated with cold sweat.

Finally, he asked a question and I thought I could redeem myself. He said, “How did you stand in your class at the Naval Academy?” Since I had completed my sophomore year at Georgia Tech before entering Annapolis as a plebe, I had done very well, and I swelled my chest with pride and answered, “Sir, I stood fifty-ninth in a class of 820!”

I sat back to wait for the congratulations, which never came. Instead, the question: “Did you do your best?” I started to say, “Yes, sir,” but I remembered who this was and recalled several of the many times at the Academy when I could have learned more about our allies, our enemies, weapons, strategy, and so forth. I was just human. I finally gulped and said, “No, sir, I didn’t always do my best.”

He looked at me for a long time, and then turned his chair around to end the interview. He asked one final question, which I have never been able to forget or to answer. He said, “Why not?”

I sat there for a while, shaken, and then slowly left the room.

When we watch a child trying to walk, we see its countless failures; its success are but few. If we had to limit our observation within a narrow space of time, the sight would be cruel. But we find that in spite of its repeated failures, there is an impetus of joy in the child which sustains it in its seemingly impossible task. We see it does not think of its falls so much as of its power to keep its balance though for only a moment.

Talking of the danger of being mortified by rejection, when making approaches to the acquaintance of the great, I observed, “I am, however, generally for trying, ‘Nothing venture, nothing have.'” JOHNSON. “Very true, sir; but I have always been more afraid of failing, than hopeful of success.”

In Boswell, The Life of Samuel Johnson (1791) See Heywood.

Sometimes attributed to Charles Theodore Hart Palmer (1827-1897), but the book is clearly by Thomas H. Palmer, and was published in 1840 when Charles T. H. Palmer was 13 years old.

What goals would you be setting for yourself if you knew you could not fail?

That is the question of the New Frontier. That is the choice our nation must make — a choice that lies not merely between two men or two parties, but between the public interest and private comfort — between national greatness and national decline — between the fresh air of progress and the stale, dank atmosphere of “normalcy” — between determined dedication and creeping mediocrity. All mankind waits upon our decision. A whole world looks to see what we will do. We cannot fail their trust, we cannot fail to try.

Nothing will ever be attempted, if all possible objections must be first overcome.

For us there is only the trying. The rest is not our business.

Not failure, but low aim, is crime.

You have to accept whatever comes and the only important thing is that you meet it with courage and with the best you have to give.

Our greatest glory is, not in never falling, but in rising every time we fall.

Oliver Goldsmith (1730-1774) Irish poet, playwright, novelist
The Citizen of the World: or, Letters from a Chinese Philosopher, Residing in London, to His Friends in the East, Letter 7 (1762)
(Source)

Ostensibly from a Chinese visitor to London, Lien Chi Altangi, the letters were written by Goldsmith and published in The Public Ledger in 1760-61. Letter 22 has the similar "True magnanimity consists not in NEVER falling, but in RISING every time we fall."

Only those who dare to fail greatly can ever achieve greatly.

For there is no comparison between that which we may lose by not trying and by not succeeding; since by not trying we throw away the chance of an immense good; by not succeeding we only incur the loss of a little human labour. But as it is, it appears to me from what has been said, and also from what has been left unsaid, that there is hope enough and to spare, not only to make a bold man try, but also to make a sober-minded and wise man believe.

For the risk attending want of success is not to be compared with that of neglecting the attempt; the former is attended with the loss of a little human labour, the latter with that of an immense benefit. For these and other reasons, it appears to us that there is abundant ground to hope, and to induce not only those who are sanguine to make experiment, but even those who are cautious and sober to give their assent.
[tr. Wood (1831)]

For it is not a case where there is an equal risk in not trying and not succeeding; since in the former instance we risk a huge advantage; in the latter a little human labour is thrown away. But from what has been said, and also from what has not been said, it seems to us that there is abundant ground of hope, not only to justify a stout-hearted man in trying, but even a prodent and sober man in believing.
[tr. Johnson (1859)]

I have tried my best to give the nation everything I had in me. There are probably a million people who could have done the job better than I did it, but I had the job and I had to do it, and I always quote an epitaph on a tombstone in Tombstone, Ariz.: “Here lies Jack Williams. He done his damnedest.”

Speaking in Winslow, AZ (15 Jun 1948), Truman said, "You know, the greatest epitaph in the country is here in Arizona. It’s in Tombstone, Ariz., and this epitaph says, 'Here lies Jack Williams. He done his damndest.' I think that is the greatest epitaph a man could have."