Heap on the wood! — the wind is chill;
But let it whistle as it will,
We’ll keep our Christmas merry still. 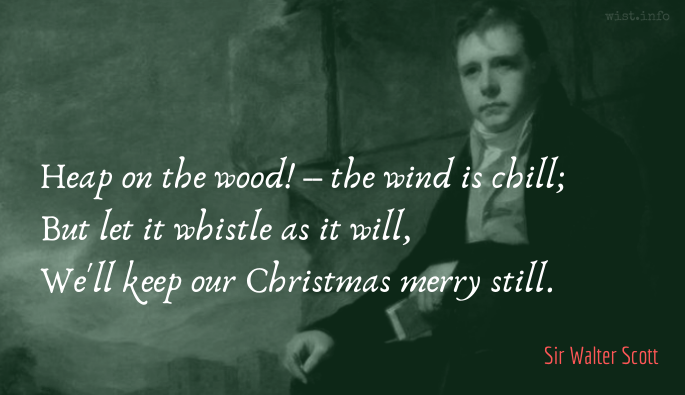