Tolerance and apathy are the last virtues of a dying society.


Not found in the writings of Aristotle, or, with variation, anywhere early than the 19th Century. More discussion of this quotation's origins and misuses:

Why, pray, should I speak of things which are incredible except to those who have seen them, that a host of private men have levelled mountains and built upon the seas? To such men their riches seem to me to have been but a plaything; for while they might have enjoyed them honourably, they made haste to squander them shamefully. Nay more, the passion which arose for lewdness, gluttony, and the other attendants of luxury was equally strong; men played the woman, women offered their chastity for sale; to gratify their palates they scoured land and sea; they slept before they needed sleep; they did not await the coming of hunger or thirst, of cold or of weariness, but all these things their self-indulgence anticipated.

Our ancestors used to wear decent clothes, well-adapted to the shape of their bodies; they were skilled horsemen and swift runners, ready for all seemly undertakings. But in these days the old customs have almost wholly given way to new fads. Our wanton youth is sunk in effeminacy, and courtiers, fawning, seek the favors of women with every kind of lewdness. […] They sweep the dusty ground with the unnecessary trains of their robes and mantles; their long, wide sleeves cover their hands whatever they do; impeded by these frivolities they are almost incapable of walking quickly or doing any kind of useful work.


Alt. trans.: "Our ancestors used to wear decent clothes, nicely fitted to the shape of their bodies and suitable for riding and running and performing every task that they should reasonably perform. But in these wicked days the practices of olden times have almost completely given way to novel fads." 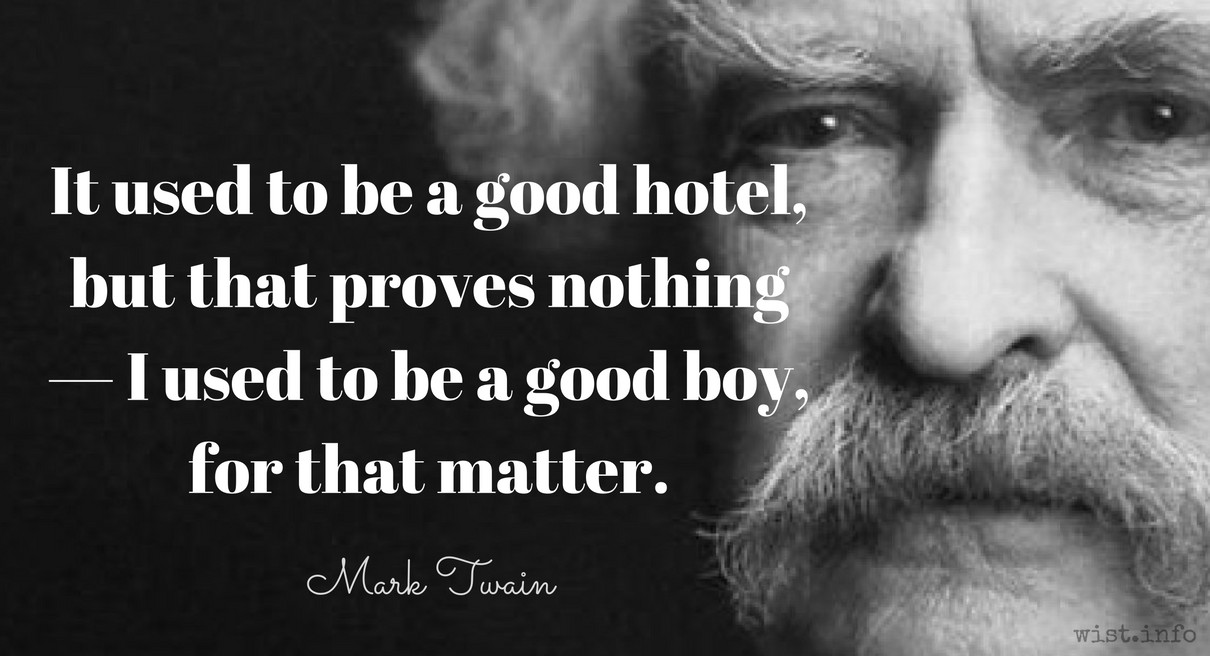 Civilization begins with order, grows with liberty, and dies with chaos.

The goal of every culture is to decay through over-civilization; the factors of decadence, — luxury, skepticism, weariness and superstition, — are constant. The civilization of one epoch becomes the manure of the next.

What once were vices, are now the manners of the day. 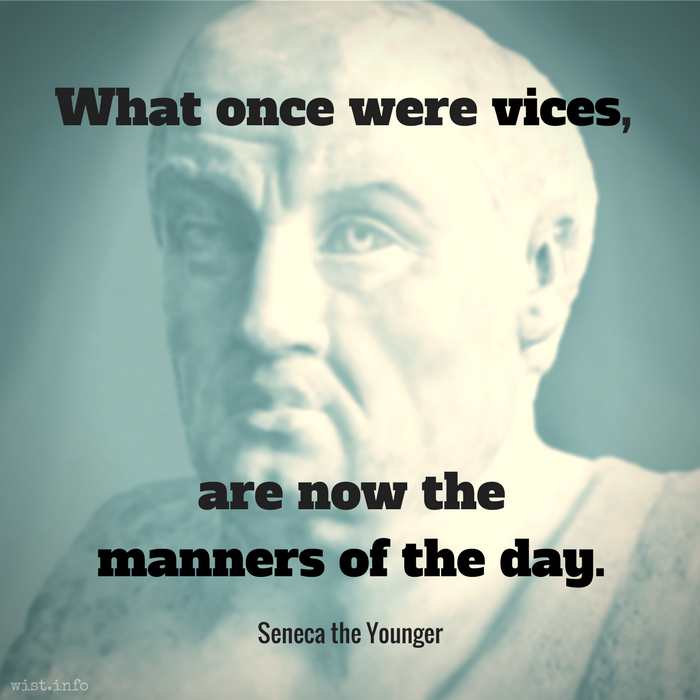 In olden days, a glimpse of stocking
Was looked on as something shocking,
But now, God knows,
Anything goes. 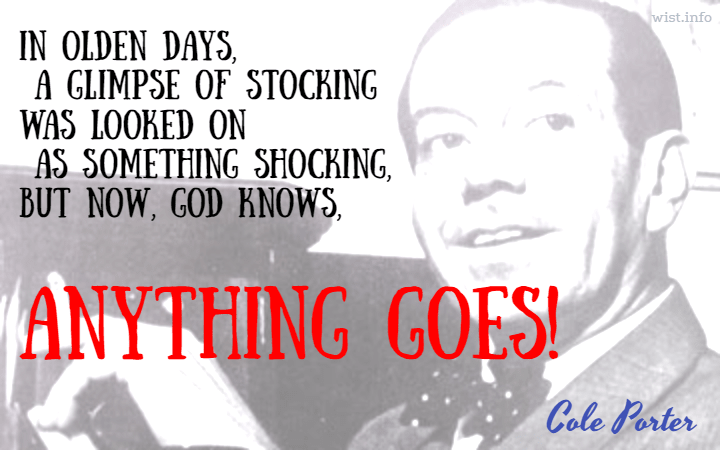 Every old man complains of the growing depravity of the world, of the petulance and insolence of the rising generation. He recounts the decency and regularity of former times, and celebrates the discipline and sobriety of the age in which his youth was passed; a happy age which is now no more to be expected, since confusion has broken in upon the world, and thrown down all the boundaries of civility and reverence. 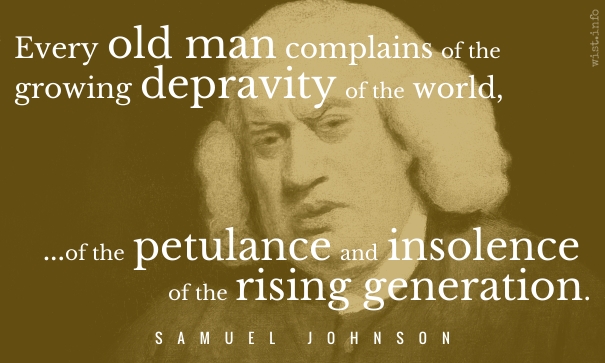 Most men make use of the first part of their life to render the last part miserable.

When a nation forgets her skill in war, when her religion becomes a mockery, when the whole nation becomes a nation of money-grabbers, then the wild tribes, the barbarians drive in. … Who will our invaders be? From whence will they come?

Everything is un-American that tends either to government by a plutocracy, or government by a mob. To divide along the lines of section or caste or creed is un-American. All privilege based on wealth, and all enmity to honest men merely because they are wealthy, are un-American — both of them equally so. Americanism means the virtues of courage, honor, justice, truth, sincerity, and hardihood — the virtues that made America. The things that will destroy America are prosperity-at-any-price, peace-at-any-price, safety-first instead of duty-first, the love of soft living, and the get-rich-quick theory of life.

The people that once bestowed commands, consulships, legions, and all else, now meddles no more and longs eagerly for just two things — bread and circuses!


Alt. trans.: "The people long for only two things: bread and circuses."

No man ever became extremely wicked all at once.


Alt. trans.: "No one ever became thoroughly bad all at once" or "No one's only corrupted overnight" or "No one reaches the depths of turpitude all at once."

Once again prosperous and successful crime goes by the name of virtue; good men obey the bad, might is right and fear oppresses law.

Our ignorance of history makes us calumniate our own time. We have always been like this. Some calm years have deceived us. That is all. I too believed in the softening of manners. We must erase this error and esteem ourselves no more than people esteemed themselves in the time of Pericles or Shakespeare, atrocious epochs in which fine things were done.

Alternate translation: "Our ignorance of history causes us to slander our own times."

Turning and turning in the widening gyre
The falcon cannot hear the falconer;
Things fall apart; the centre cannot hold;
Mere anarchy is loosed upon the world,
The blood-dimmed tide is loosed, and everywhere
The ceremony of innocence is drowned;
The best lack all conviction, while the worst
Are full of passionate intensity.


More examination of this quotation: The Best Lack All Conviction While the Worst Are Full of Passionate Intensity – Quote Investigator. See also Russell and Bukowski.