Even when it comes to learning, the good student contradicts his teacher and makes him more eager to explain and defend the truth. Challenge someone discreetly and his teaching will be more perfect.

Also in learning it is a subtle plan of the pupil to contradict the master, who thereupon takes pains to explain the truth more thoroughly and with more force, so that a moderate contradiction produces complete instruction.
[tr. Jacobs (1892)]

A good trick on the party of the pupil is to bait his teacher, who thereby excites himself to greater effort in the declaration, and the foundations of this beliefs, whence it comes that well-moderated debate makes for most effective teaching.
[tr. Fischer (1937)]

People are entirely too disbelieving of coincidence. They are far too ready to dismiss it and to build arcane structures of extremely rickety substance in order to avoid it.

Isaac Asimov (1920-1992) Russian-American author, polymath, biochemist
“The Planet that Wasn’t,” The Magazine of Fantasy and Science Fiction (May 1975)
(Source)

Historians can sometimes explain, or at any rate discuss the immediate causes of some great event. Beyond that they can do little more than arrive at the platitude that every generation is, to some extent, responsible for what happened afterwards. In this way, we can finally reach the preposterous conclusion that the ancient Romans were responsible for the First World War, when they failed to civilize the Germans. This is sometimes called learning from history.

There probably is a God. Many things are easier to explain if there is than if there isn’t.

As quoted in Norman Macrae, John Von Neumann: The Scientific Genius Who Pioneered the Modern Computer, Game Theory, Nuclear Deterrence and Much More (1992).

What certainty can there be in a Philosophy which consists in as many Hypotheses as there are Phenomena to be explained. To explain all nature is too difficult a task for any one man or even for any one age. ‘Tis much better to do a little with certainty, & leave the rest for others that come after you, than to explain all things by conjecture without making sure of any thing.

Artists and scientists realize that no solution is ever final, but that each new creative step points the way to the next artistic or scientific problem. In contrast, those who embrace religious revelations and delusional systems tend to see them as unshakeable and permanent.

Of all the ridiculous expressions people use — and people use a great many ridiculous expressions — one of the most ridiculous is “No news is good news.” “No news is good news” simply means that if you don’t hear from someone, everything is probably fine, and you can see at once why this expression makes such little sense because everything being fine is only one of many, many reasons why someone may not contact you. Perhaps they are tied up. Maybe they are surrounded by fierce weasels, or perhaps they are wedged tightly between two refrigerators and cannot get themselves out. The expression might as well be changed to “no news is bad news,” except that people may not be able to contact you because they have just been crowned king or are competing in a gymnastics tournament. The point is that there is no way to know why someone has not contacted you until they contact you and explain themselves. For this reason, the sensible expression would be “no news is no news,” except that it is so obvious that it is hardly an expression at all.

Several excuses are always less convincing than one. 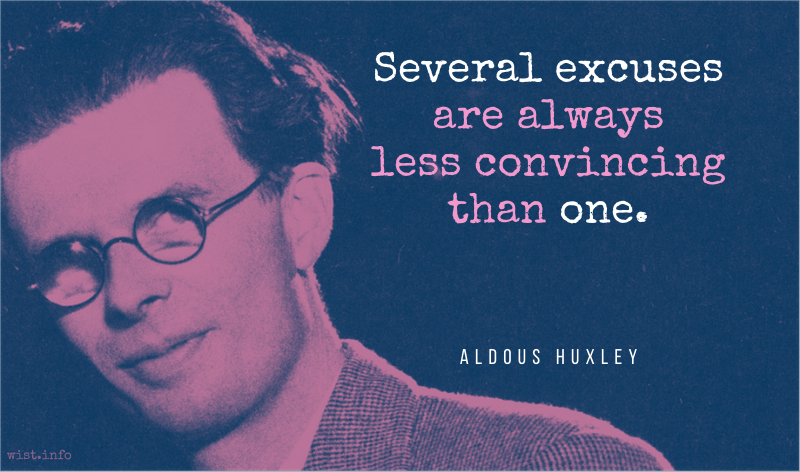 Code is like humor. When you have to explain it, it’s bad.

(Other Authors and Sources)
Anonymous

No definitive source is found for this quotation. Frequently attributed to Gregory Benford, Deeper than the Darkness (1970), but it has shown up anonymously at least as early as 1951 as "filler" material in periodicals. Also sometimes attributed to Samuel Butler or Dorothy Sarnoff, but not with any citation.

All men have a reason, but not all men can give a reason.

I really love language; it allows us to explain the pain and the glory, the nuances and the delicacies, of our existence. Most of all, it allows us to laugh. We need language.

Don’t express your ideas too clearly. Most people think little of what they understand, and venerate what they do not. 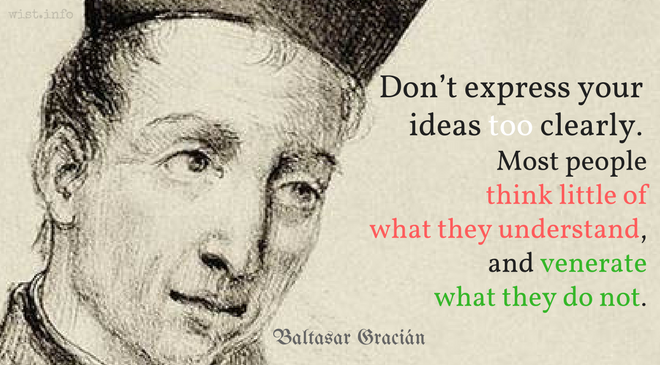 Alt. trans.: "Do not Explain overmuch. Most men do not esteem what they understand, and venerate what they do not see. ... Many praise a thing without being able to tell why, if asked. The reason is that they venerate the unknown as a mystery, and praise it because they hear it praised." [tr. Jacobs (1892)]

The sharpness of a refusal or the edge of a rebuke may be blunted by an appropriate story so as to save wounded feelings and yet serve the purpose.

The test of a religion or philosophy is the number of things it can explain: so true it is. But the religion of our churches explains neither art not society nor history, but itself needs explanation.

People are entirely too disbelieving of coincidence. They are far too ready to dismiss it and to build arcane structures of extremely rickety substance in order to avoid it. I, on the other hand, see coincidence everywhere as an inevitable consequence of the laws of probability, according to which having no unusual coincidence is far more unusual than any coincidence could possibly be.

Isaac Asimov (1920-1992) Russian-American author, polymath, biochemist
“The Planet that Wasn’t,” The Magazine of Fantasy and Science Fiction (May 1975)
(Source)

“There’s weird shit,” I said. “And we deal with the weird shit, but normally it turns out that there’s a perfectly rational explanation.” Which is often that a wizard did it.

Heaven will solve our problems, but not, I think, by showing us subtle reconciliations between all our apparently contradictory notions. The notions will all be knocked from under our feet. We shall see that there never was any problem.

What I mean is that if you really want to understand something, the best way is to try and explain it to someone else. That forces you to sort it out in your mind. And the more slow and dim-witted your pupil, the more you have to break things down into more and more simple ideas. And that’s really the essence of programming. By the time you’ve sorted out a complicated idea into little steps that even a stupid machine can deal with, you’ve learned something about it yourself.

Struggling to be brief
I become obscure.

Put the argument into a concrete shape, into an image — some hard phrase, round and solid as a ball, which they can see and handle and carry home with them — and the cause is half-won.

But there is one feature I notice that is generally missing in Cargo Cult Science. That is the idea that we all hope you have learned in studying science in school — we never explicitly say what this is, but just hope that you catch on by all the examples of scientific investigation. It is interesting, therefore, to bring it out now and speak of it explicitly. It’s a kind of scientific integrity, a principle of scientific thought that corresponds to a kind of utter honesty — a kind of leaning over backwards. For example, if you’re doing an experiment, you should report everything that you think might make it invalid — not only what you think is right about it: other causes that could possibly explain your results; and things you thought of that you’ve eliminated by some other experiment, and how they worked — to make sure the other fellow can tell they have been eliminated.

When one remembers that we are all mad, the mysteries disappear and life stands explained.

There is occasions and causes why and wherefore in all things.