People in France have a phrase: “Spirit of the Stairway.” In French: Esprit d’Escalier. It means that moment when you find the answer but it’s too late. So you’re at a party and someone insults you. You have to say something. So, under pressure, with everybody watching, you say something lame. But the moment you leave the party …

As you start down the stairway, then — magic. You come up with the perfect thing you should’ve said. The perfect crippling put down.

That’s the Spirit of the Stairway.

If with the literate I am
Impelled to try an epigram,
I never seek to take the credit;
We all assume that Oscar said it.

Thare would be a grate supply ov wit and humor in this world, if we would only giv others the same credit for being witty that we claim for ourselfs.

[There would be a great supply of wit and humor in this world, if we would only give others the same credit for being witty that we claim for ourselves.]

There is no possibility of being witty without a little ill-nature; the malice in a good thing is the barb that makes it stick.

My quarrel with him is, that his works contain nothing worth quoting; and a book that furnishes no quotations is, me judice, no book — it is a plaything. 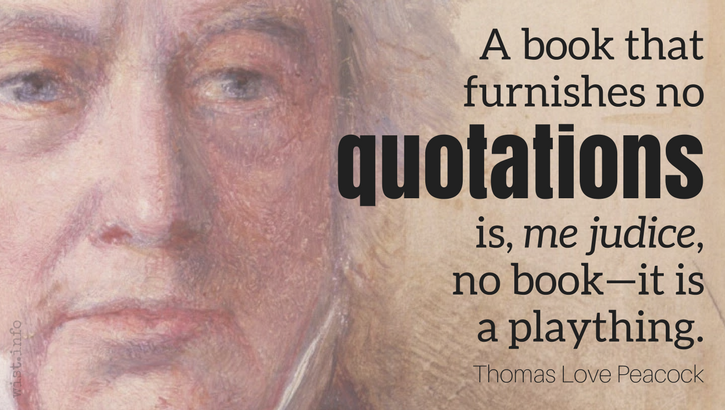 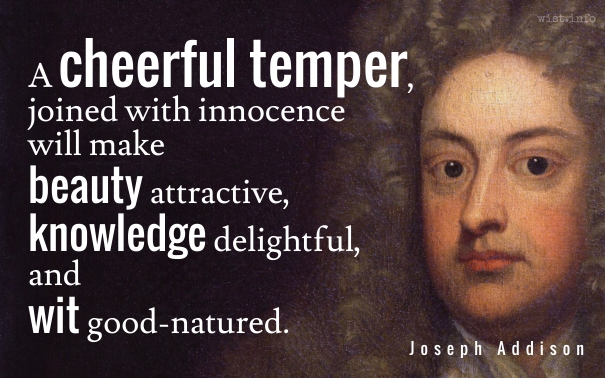 Every age has its pleasures, its style of wit, and its own ways.

Brevity is the soul of wit.

In full:
"Therefore, since brevity is the soul of wit,
And tediousness the limbs and outward flourishes,
I will be brief ...."

A fine quotation is a diamond on the finger of a man of wit, and a pebble in the hand of a fool. 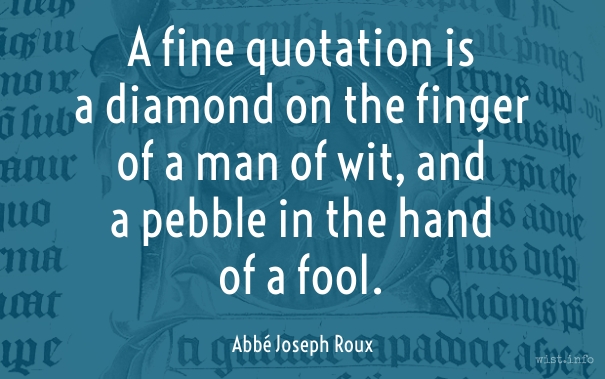 Wit lies in recognizing the resemblance among things which differ and the difference between things which are alike. 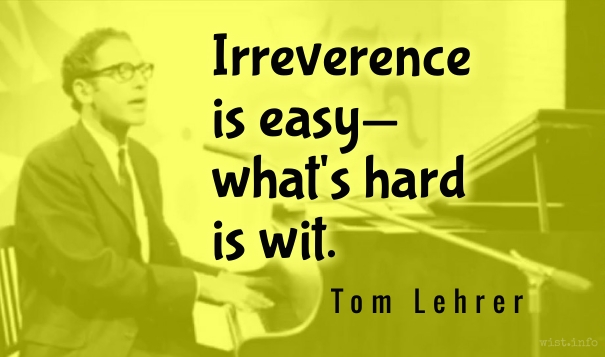 Men are contented to be laughed at for their wit, but not for their folly.

As nothing is more provoking to some tempers than raillery, a prudent person will not always be satirically witty where he can, but only where he may without offence. For he will consider the that the finest stroke of raillery is but a witticism; and that there is hardly any person so mean, whose good will is not preferable to the pleasure of a horse-laugh.

Wit without humanity degenerates into bitterness. Learning without prudence into pedantry.

Digression is the soul of wit. Take the philosophic asides away from Dante, Milton or Hamlet’s father’s ghost and what stays is dry bones.

A play on Shakespeare's words.

At all events, the next best thing to being witty one’s self, is to be able to quote another’s wit.

It is of no use to possess a lively wit if it is not of the right proportion: the perfection of a clock is not to go fast, but to be accurate.

When asked by Harold MacMillan what he was doing.

‘Tis an old maxim in the schools,
That flattery’s the food of fools;
Yet now and then your men of wit
Will condescend to take a bit.

Cleverness is serviceable for everything, sufficient for nothing.

Many wearing rapiers are afraid of goosequills.

She had a pretty gift for quotation, which is a serviceable substitute for wit.

The original version of the story in Harper's Bazaar (Aug 1926) does not include this phrase. (The story may also be the origin of the phrase "who-done-it" / "whodunit" for a mystery.)

Variant: "The ability to quote is a serviceable substitute for wit."

The even-more-brief "Quotation is a serviceable substitute for wit" is often misattributed to Oscar Wilde, George Bernard Shaw, and Voltaire; it is not found in their works.

More discussion about this quotation: Quotation Is a Serviceable Substitute for Wit – Quote Investigator.

One of the lessons of history is that nothing is often a good thing to do and always a clever thing to say.

Often incorrectly attributed to Aristotle. Shaftesbury, according to his footnote, is paraphrasing from Aristotle quoting Gorgias Leontinus. The Latin translation is "Seria risu, risum seriis discutere" ("In arguing one should meet serious pleading with humor, and humor with serious pleading"). Shaftesbury's second sentence is his own commentary.