Life is so constructed, that the event does not, cannot, will not, meet the expectation.

The surprise produces an effect by opposing to the enemy a great many more troops than he expected at some particular point. The superiority in numbers in this case is very different to a general superiority of numbers; it is the most powerful agent in the art of war.
[tr. Graham (1874)]

The suprise produces an effect by opposing to the enemy at some particular point a great many more troops than he expected. The superiority in numbres in this case is very different from the general superiority of numbers; it is the most powerful agent in the art of war.
[tr. Jolles (1943)]

Scratch the surface of most cynics and you find a frustrated idealist — someone who made the mistake of converting his ideals into expectations.

Many of our disappointments and much of our unhappiness arise from our forming false notions of things and persons. We strangely impose upon ourselves; we create a fairyland of happiness. Fancy is fruitful and promises fair, but, like the dog in the fable, we catch at a shadow, and when we find the disappointment, we are vexed, not with ourselves, who are really the imposters, but with the poor, innocent thing or person of whom we have formed such strange ideas.

Only a child sees things with perfect clarity, because it hasn’t developed all those filters which prevent us from seeing things that we don’t expect to see.

It occurs to me that there is a proper balance between not asking enough of oneself and asking or expecting too much. It may be that I set my sights too high and so repeatedly end a day in depression. Not easy to find the balance, for it one does not have wild dreams of achievement, there is no spur even to get the dishes washed. One must think like a hero to behave like a merely decent human being.

For whoever reflects on the nature of things, the various turns of life, and the weakness of human nature, grieves, indeed, at that reflection; but while so grieving he is, above all other times, behaving as a wise man: for he gains these two things by it; one, that while he is considering the state of human nature he is performing the especial duties of philosophy, and is provided with a triple medicine against adversity: in the first place, because he has long reflected that such things might befall him, and this reflection by itself contributes much towards lessening and weakening all misfortunes; and, secondly, because he is persuaded that we should bear all the accidents which can happen to a man, with the feelings and spirit of a man; and lastly, because he considers that what is blameable is the only evil; but it is not your fault that something has happened to you which it was impossible for man to avoid.

For he that considers the order of Nature, and the Vicissitudes of Life, and the Frailty of Mankind is not melancholly when he considers these things, but is then most principally imploy'd in the exercise of Wisdom, for he reaps a double advantage; both that in the consideration of man's circumstances, he enjoyeth the proper Office of Philosophy; and in case of Adversity, he is supported by a threefold Consolation. First, that he hath long consider'd that such accidents might come; which consideration alone doth most weaken and allay all Afflictions. Then he cometh to learn, that all Tryals common to men, should be born, as such, patiently. Lastly, that he perceiveth there is no Evil, but where is blame; but there is no blame, when that falls out, the Prevention of which, was not in man to warrant.
[tr. Wase (1643)]

For whoever reflects on the nature of things, the various turns of life, the weakness of human nature, grieves indeed at that reflection; but that grief becomes him as a wise man, for he gains these two points by it; when he is considering the state of human nature he is enjoying all the advantage of philosophy, and is provided with a triple medicine against adversity. The first is, that he has long reflected that such things might befall him, which reflection alone contributes much towards lessening all misfortunes: the next is, that he is persuaded, that we should submit to the condition of human nature: the last is, that he discovers what is blameable to be the only evil. But it is not your fault that something lights on you, which it was impossible for man to avoid.
[tr. Main (1824)]

For neither does he who contemplates the nature of things, the mutations of life, the fragility of man, grieve when he thinks of these matters, but then most especially exercises the office of wisdom. For, by the study of human affairs, he at once pursues the proper aim of philosophy, and provides himself with a triple consolation for adverse events: -- first, that he has long deemed them possible to arrive; which one consideration has the greatest efficacy for the extenuation and mitigation of all misfortune: and, next, he perceives that human accidents are to be borne like a man: and, finally, because he sees there is no evil but fault, and that there is no fault where that has happened which man could not have prevented.
[tr. Otis (1839)]

Indeed, he who thinks of the nature of things, of the varying fortune of life, of the weakness of the human race, does not sorrow when these things are on his mind, but he then most truly performs the office of wisdom; for from such thought there are two consequences, -- the one, that he discharges the peculiar function of philosophy; the other, that in adversity he has the curative aid of a threefold consolation: first, because, as he has long thought what may happen, this sole thought is of the greatest power in attenuating and diluting every trouble; next, because he understands that human fortunes are to be borne in a way befitting human nature; -- lastly, because he sees that there is no evil but guilt, while there is no guilt in the happening of what man could not have prevented.
[tr. Peabody (1886)]

For the person who reflects on the nature of things, on the variety of life, and the precarity of human existence is not sad in considering these things but is carrying out the duty of wisdom in the fullest way. For they pursue both in enjoying the particular harvest of philosophy by considering what happens in human life and in suffering adverse outcomes by cleansing with a three-part solace. First, by previously accepting the possibility of misfortune—which is the most way of weakening and managing any annoyance and second, by learning that human events must be endured humanely; and third, by recognizing that there is nothing evil except for blame and there is no blame when the event is something against which no human can endure.
[tr. @sentantiq (2021)]

To get home you had to end the war. To end the war was the reason you fought it. The only reason.

It is important to remember that events now long in the past were once in the future.

A favorite saying of A. J. P. Taylor's which he used repeatedly in his writings, attributing it to Maitland. It is sometimes erroneously attributed to Taylor. Variant: "It is very had to remember that events now long in the past were once in the future"

War is one way of making decisions — but what’s decided may not be what anybody originally intended. 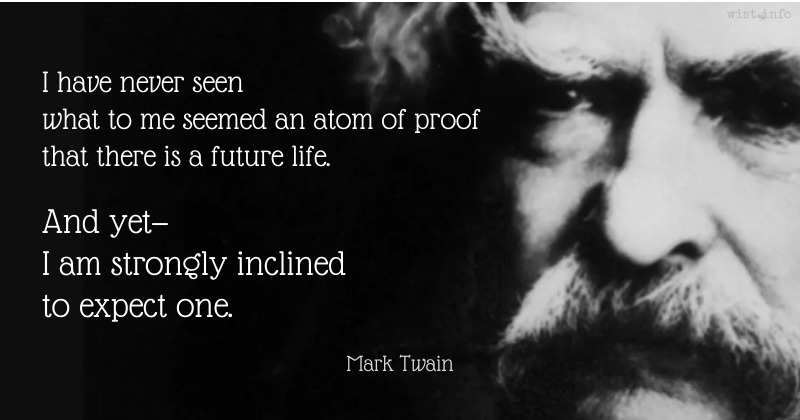 Though the terrain of frustration may be vast — from a stubbed toe to an untimely death — at the heart of every frustration lies a basic structure: the collision of a wish with an unyielding reality.

Wants what he wants when he wants it — and thinks that constitutes a natural law.

Usually directly attributed to Atwood, but she made it clear that it was not hers:

There's an epigram tacked to my office bulletin board, pinched from a magazine -- [the quotation]. That's a light enough comment upon the disappointments of encountering the famous, or even the moderately well-known -- they are always shorter and older and more ordinary than you expected -- but there's a more sinister way of looking at it as well. In order for the paté to be made and then eaten, the duck must first be killed. And who is it that does the killing?

Prospect is often better than possession.

We usually see only the things we are looking for — so much so that we sometimes see them where they are not.

And this actually makes sense, in the way Agathon puts it: “As you might expect, many improbable things do happen.”

Such an event is probable in Agathon’s sense of the word: "It is probable," he says, "that many things should happen contrary to probability."
[tr. Butcher (1895)]

This is probable, however, only in Agathon's sense, when he speaks of the probability of even improbabilities coming to pass.
[tr. Bywater (1909)]

And there is a probability about such a results, for, as Agathon says, the improbable has a tendency to occur.
[tr. Margoliouth (1911)]

And this, as Agathon says, is a likely result, since it is likely that many quite unlikely things should happen.
[tr. Fyfe (1932)]

This is even probable, as Agathon says; for it is probable that many things will happen even against probability.
[tr. Janko (1987), sec. 4.3.7]

And this actually makes sense, in the way Agathon puts it: "As you might expect, many improbable things do happen."
[tr. Whalley (1997)]

And this is even likely in the sense in which Agathon speaks of it, since it is likely that many things happen contrary to what is likely.
[tr. Sachs (2006)]

This is not improbable, since, as Agathon remarks, it is probable that many improbable things should happen.
[tr. Kenny (2013)]

Perhaps the sentiments contained in the following pages, are not YET sufficiently fashionable to procure them general favour; a long habit of not thinking a thing WRONG, gives it a superficial appearance of being RIGHT, and raises at first a formidable outcry in defense of custom. But the tumult soon subsides. Time makes more converts than reason.