Experience is nearly always commonplace; the present is not romantic in the way the past is, and ideals and great visions have a way of becoming shoddy and squalid in practical life. Literature reverses this process.

The moral case for intervention is only as strong as the practicality of the mission itself. There is no moral case for doing something you’re not capable of doing.

From time immemorial the wise and practical have denounced every heroic spirit. Yet it has not been they who have influenced our lives. The idealists and visionaries, foolish enough to throw caution to the winds and express their ardour and faith in some supreme deed, have advanced mankind and have enriched the world. 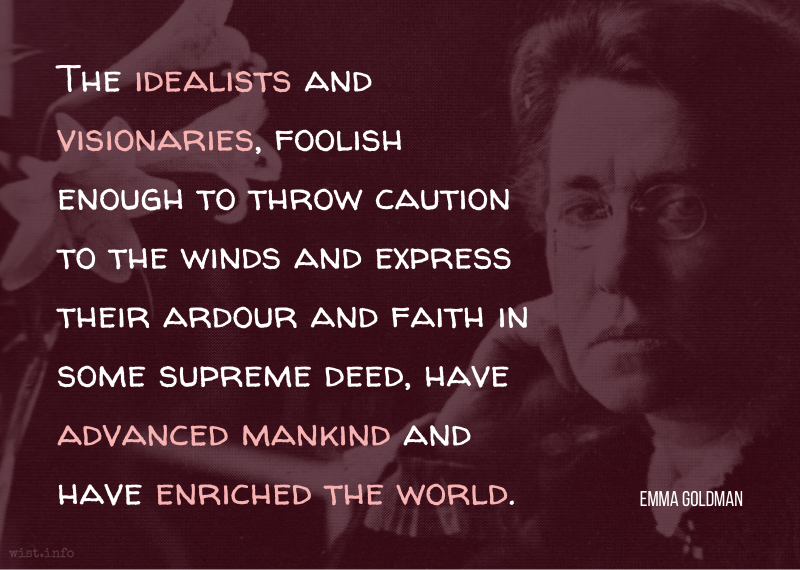 The case against intellect is founded upon a set of fictional and wholly abstract antagonisms. Intellect is pitted against feeling, on the ground it is somehow inconsistent with warm emotion. It is pitted against character, because it is widely believed that intellect stands for mere cleverness, which transmutes easily into the sly or the diabolical. It is pitted against practicality, since theory is held to be opposed to practice, and the “purely” theoretical mind is so much disesteemed. It is pitted against democracy, since intellect is felt to be a form of distinction that defies egalitarianism. Once the validity of these antagonisms is accepted, then the case for intellect, and by extension for the intellectual, is lost. Who cares to risk sacrificing warmth of emotion, solidity of character, practical capacity, or democratic sentiment in order to pay deference to a type of man who at best is deemed to be merely clever and at worst may even be dangerous?

You are right in assuming that I am indifferent to the pattern of things. I am. I have never liked stale phrases and bodyless courage. I have the nerve to walk my own way, however hard, in my search for reality, rather than climb upon the rattling wagon of wishful illusions.

Never be limited by other people’s limited imaginations. There were people who said, “You can’t go into space. You can’t go to the moon.” If you adopt their attitudes, then the possibility won’t exist because you’ll have already shut it out. Yes, you can hear other people’s wisdom, but you’ve got to re-evaluate the world for yourself. 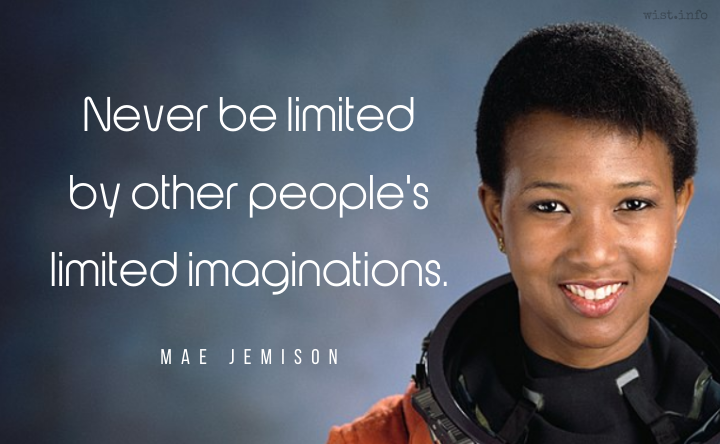 If someone tells you he is going to make a “realistic decision,” you immediately understand that he has resolved to do something bad. 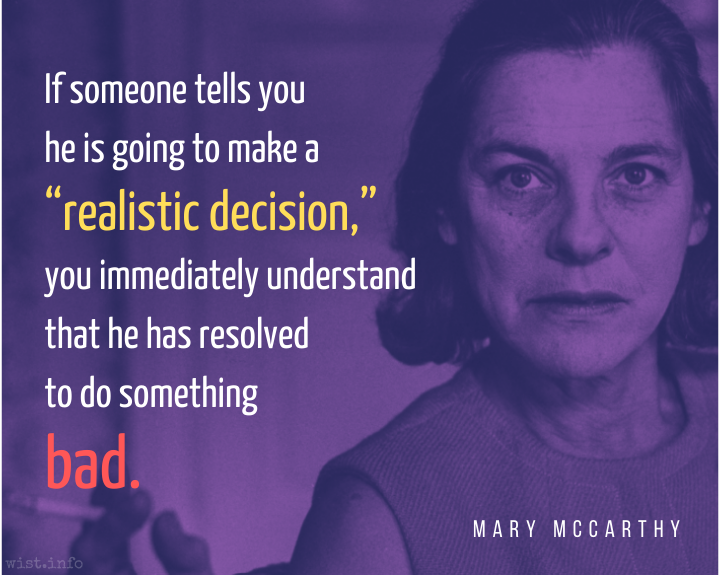 Marriage is not just spiritual communion and passionate embraces; marriage is also three-meals-a-day and remembering to carry out the trash. 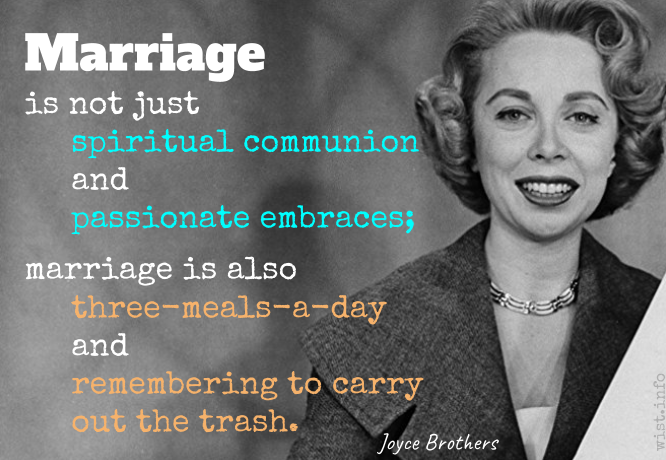 Vampire super-strength is a poor fit for many of the modern world’s problems — it really doesn’t help you fill in your time-sheet any faster — but when it comes to breaking damp-weakened wooden door frames it’s superb.

A wise man weaves a philosophy out of each acceptance life forces upon him. 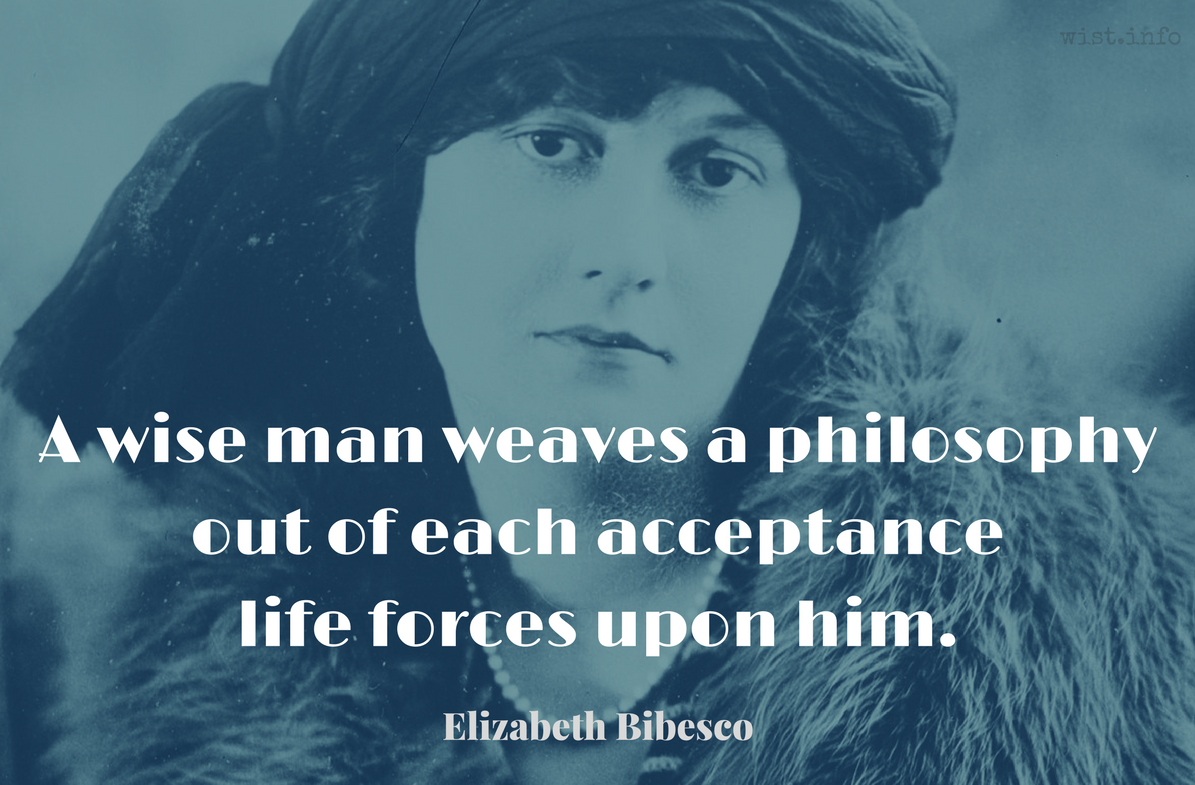 There is always a certain meanness in the argument of conservatism, joined with a certain superiority in its fact.

Perseverance must have some practical end, or it does not avail the man possessing it. A person without a practical end in view becomes a crank or an idiot. Such persons fill our asylums.

That observation which is called knowledge of the world will be found much more frequently to make men cunning than good.

He who has imagination without learning has wings but no feet.

Science is like sex: sometimes something useful comes out, but that is not the reason we are doing it.

Many variations can be found for this quotation (none of them with citation); the word "Science" and "Physics" are often interchanged: As noted here, Frank Oppenheimer (a colleague of Feynman's) was quoted saying, "There's a lot of practical fruits to understanding, but it's like sex. There are practical fruits to sex, but nobody would say that's why you do it, normally." Feynman and Oppenheimer may well have collaborated on the general phrasing, or taken it from one another.

What doth it profit, my brethren, though a man say he hath faith, and have not works? Can faith save him? If a brother or sister be naked, and destitute of daily food, and one of you say unto them, Depart in peace, be ye warmed and filled; notwithstanding ye give them not those things which are needful to the body; what doth it profit? Even so faith, if it hath not works, is dead, being alone. Yea, a man may say, Thou hast faith, and I have works: shew me thy faith without thy works, and I will shew thee my faith by my works.

When you have only two pennies left in the world, buy a loaf of bread with one, and a lily with the other.