The man who has stolen in order never to thieve again remains a thief. Nobody who has ever betrayed his principles can have a pure relationship with life. Therefore when a film-maker says he will produce a pot-boiler in order to give himself the strength and the means to make the film of his dreams — that is so much deception, or worse, self-deception. He will never now make his film.

No society, certainly not a large and heterogeneous one, can fail in time to explode if it is deprived of the arts of compromise, if it knows no way of muddling through. No good society can be unprincipled; and no viable society can be principle-ridden.

Patriotism without principle is the prejudice of birth — the animal attachment to place.

It is compassion rather than the principle of justice which can guard us against being unjust to our fellow men.

Cherish what you believe. Don’t job off one single value judgment because it swims upstream against what appears to be a majority. Respect your own logic, your own sense of morality. Death and taxes may be the only absolutes. It’s for you to conjure up the modus operandi of how you live, act, react and hammer out a code of ethics. Certainly listen to arguments; certainly ponder and respect the opinions of your peers. But there’s a point you compromise, and there’s a point all human beings draw a line and say, “Beyond this point it’s not right or just or honest, and beyond this point I don’t move.”

When I talk about the death penalty to people, there are a zillion pragmatic arguments to make that the death penalty is more expensive, that you could make mistakes with the death penalty. I try to never use them, because I believe that as soon as I use them, I have dropped what matters to me. Because those arguments are disingenuous. To say, “What if we put an innocent person to death?” I am then telling you that if you can promise me we won’t put any innocent people to death that I’m somehow OK with that, and I’m fucking not. Killing people is wrong. Government shouldn’t fucking do it. End of story.

I have no patriotism, for patriotism, as I see it, is often an arbitrary veneration of real estate above principles.

Their frail human nature was subjected to a strain greater than it was made for; the fires of greed had been lighted in their hearts, and fanned to a white heat that melted every principle and every law.

One person with a belief, is a social power equal to ninety-nine who have only interests.

Often misquoted, "One person with a belief is equal to a force of ninety-nine who have only interests."

To have a reason to get up in the morning, it is necessary to possess a guiding principle. A belief of some kind. A bumper sticker, if you will.

Hell is paved with great granite blocks hewn from the hearts of those who said, “I can do no other.”

He took my seat and smiled again, like an affable crocodile. He was probably a very principled man, too. So were they all, all principled men. And women. There were few things more annoying than a visibly principled person. Or more troublesome. Most of the ones I’d met could have used a little uncertainty to dilute their principled-ness.

The envious nature of men, so prompt to blame and so slow to praise, makes the discovery and introduction of any new principles and systems as dangerous as almost the exploration of unknown seas and continents. 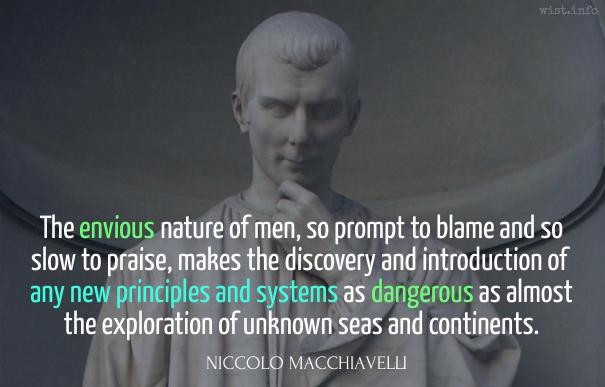 As with the Christian religion, the worst advertisement for Socialism is its adherents. 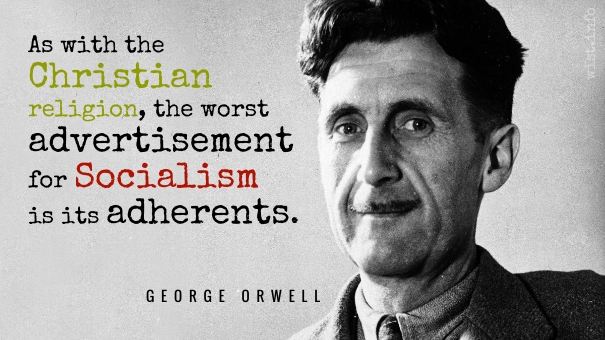 Change your opinions, keep to your principles;
change your leaves, keep intact your roots. 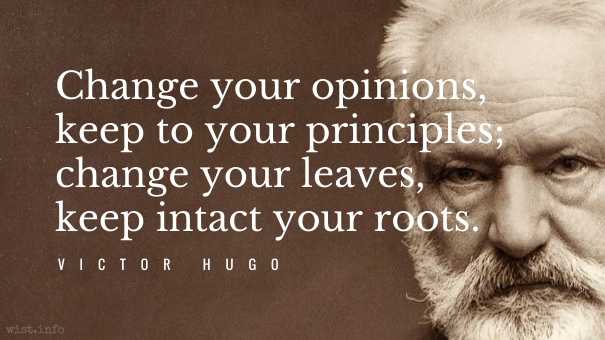 I disapprove of what you say, but I will defend to the death your right to say it.

The words are not found in any Voltaire and actually belong to historian Evelyn Beatrice Hall, writing as S. G. Tallentyre in The Friends of Voltaire (1906), describing an 1759 incident where Voltaire learned that Claude-Adrien Helvétius' book On the Mind [De l’esprit] had been burned (along with Voltaire's own "On Natural Law") after condemnation by the Paris Parliament and the Sorbonne.

‘What a fuss about an omelette!’ he had exclaimed when he heard of the burning. How abominably unjust to persecute a man for such an airy trifle as that! ‘I disapprove of what you say, but I will defend to the death your right to say it,’ was his attitude now.

Hall later wrote to a friend that the actual words were her own and ought not to have had quotation marks.

This is the way of greatness. In the supreme moments of history, terms like duty, truth, justice, and mercy — which in our torpid hours are tired words — become the measure of decision. … The straight and righteous path is the shortest and the surest.

It is loyalty to great ends, even though forced to combine the small and opposing motives of selfish men to accomplish them; it is the anchored cling to solid principles of duty and action, which knows how to swing with the tide, but is never carried away by it — that we demand in public men, and not sameness of policy, or a conscientious persistency in what is impracticable.

Change based on principle is progress. Constant change without principle becomes chaos.

America — a conservative country without any conservative ideology — appears now before the world a naked and arbitrary power, as, in the name of realism, its men of decision enforce their often crackpot definitions upon world reality. The second-rate mind is in command of the ponderously spoken platitude. In the liberal rhetoric, vagueness, and in the conservative mood, irrationality, are raised to principle. Public relations and the official secret, the trivializing campaign and the terrible fact clumsily accomplished, are replacing the reasoned debate of political ideas in the privately incorporated economy, the military ascendancy, and the political vacuum of modern America.

The great principles of right and wrong are legible to every reader; to pursue them requires not the aid of many counsellors. The whole art of government consists in the art of being honest. Only aim to do your duty, and mankind will give you credit where you fail.

If there is any principle of the Constitution that more imperatively calls for attachment than any other, it is the principle of free thought — not free thought for those who agree with us but freedom for the thought that we hate.

Courage charms us becaue it indicates that a man loves an idea better than all the things in the world, that he is thinking neither of his bed, nor his dinner, nor hismoney, but will venture all to put in act the invisible thought of his mind.

Those words, “temperate and moderate,” are words either of political cowardice, or of cunning, or seduction. A thing moderately good, is not so good as it ought to be. Moderation in temper, is always a virtue; but moderation in principle, is a species of vice.

A common phrase in the late 19th Century. Only associated with Jefferson as of the mid-20th Century.

HAYWOOD: There are those in our own country, too, who today speak of the protection of country, of survival. A decision must be made, in the life of every nation, at the very moment when the grasp of the enemy is at its throat, when it seems the only way to survive is to use the means of the enemy, to rest survival upon what is expedient. To look the other way. Only the answer to that is: Survival as what?

Always vote for principle, though you may vote alone, and you may cherish the sweetest reflection that your vote is never lost.

It is always easier to fight for one’s principles than to live up to them.